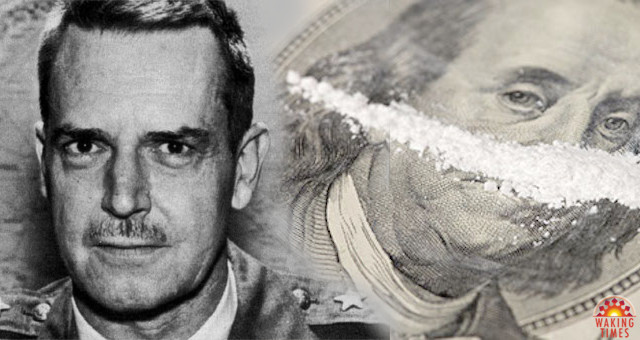 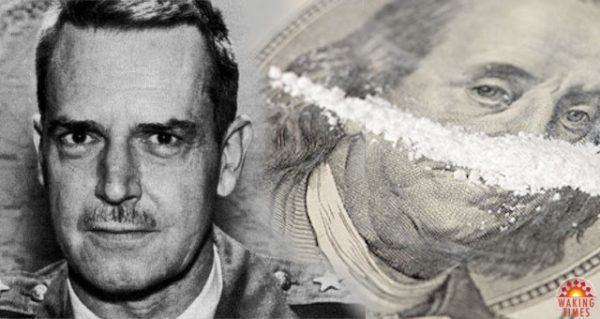 The illegal drug trade is an essential component of global politics, playing a central role in the proliferation of arms used to destabilize countries and unseat unfavorable regimes in the geopolitical quest to create favorable conditions for oil ventures while bolstering the banking industry.

Peter Dale Scott, a Canadian born scholar, poet and former diplomat, the world’s foremost researcher into the inner workings of government conspiracy (conspiracy meaning organized plans and programs). He has for decades been exposing the shadow elements operating under the cover of government, deep politics and big oil.

This underworld of influence is described in detail in Scott’s latest book, The American Deep State: Wall Street, Big Oil, and the Attack on U.S. Democracy (War and Peace Library).

“He marshals convincing evidence that the deep state is partly institutionalized in non-accountable intelligence agencies like the CIA and NSA, but it also includes private corporations like Booz Allen Hamilton and SAIC, to which 70 percent of intelligence budgets are outsourced. Behind these public and private institutions is the traditional influence of Wall Street bankers and lawyers, allied with international oil companies beyond the reach of domestic law.” [Source]

Thus, Scott makes the case that these institutions operate outside of the law, and in a 2010 interview with James Corbett of the Corbett Report he makes the connection the global illegal drug trade is a primary factor in the funding and operation of government agencies which operate without legitimate legal franchise.

The connections between drug money, the deep state, and Wall Street are now well-defined.

Scott also discusses statements made in 2009 by the head of the UN Office of Drugs and  report revealing the critical role drug money played in keeping several of the world’s largest banks afloat during the financial crisis of 2008.

“Antonio Maria Costa, head of the UN Office on Drugs and Crime, said he has seen evidence that the proceeds of organised crime were “the only liquid investment capital” available to some banks on the brink of collapse last year. He said that a majority of the $352bn (£216bn) of drugs profits was absorbed into the economic system as a result.” [Source]

In more recent years, more drug money laundering scandals were exposed in mainstream. Of particular note is the relationship HSBC and Mexican Sinaloa cartel, who laundered tens of billions of dollars through its services, a symbiotic relationship of great benefit to both organizations.

“The Sinaloa Cartel, headquartered on Mexico’s northern Pacific Coast, is constantly exploring new ways to launder its gargantuan profits. The State Department reports that Mexican trafficking organizations earn between $19 and $29 billion every year from selling marijuana, cocaine, heroin and methamphetamines on the streets of American cities.

One key to the Sinaloa Cartel’s success has been to use the global banking system to launder all this cash.” [Source]

Commenting on the historical development of the relationship between banks and drugs, Scott explains how BCCI (Bank of Credit and Commerce International) was jump started from Pakistan, becoming one of the world’s largest private banks, with the help of the CIA during its involvement in Afghanistan during the Soviet Union’s invasion in the 1980’s.

“A decade after opening, BCCI had over 400 branches in 78 countries, and assets in excess of US$20 billion, making it the 7th largest private bank in the world.” [Source]

Scott notes that the connection between the CIA and BCCI enabled drug trafficking as a means of arming the resistance against the Soviet Union.

Other notable black-budget, off-the-books operations regarding the international drug trade and major developments in geopolitics in the last half century include the Iran Contra Affair, involving Col. Oliver North, and Operation Fast and Furious, in which the ATF deliberately permitted arms to fall into the hands of Mexican cartels.

As the prison industrial complex continues to grow, and a national epidemic of opiate abuse and overdoses has hit crisis levels, the U.S. military is residing over astronomical increases in opium production in Afghanistan. While this kind of information is nary examined in mainstream media, the corrosive effects of the drug trade and international conflict on modern societies.

This article (Illegal Drug Trade Essential to Geopolitics, Says Former Diplomat) was originally created and published by Waking Times and is published here under a Creative Commons license with attribution to Isaac Davis and WakingTimes.com. It may be re-posted freely with proper attribution, author bio, and this copyright statement.