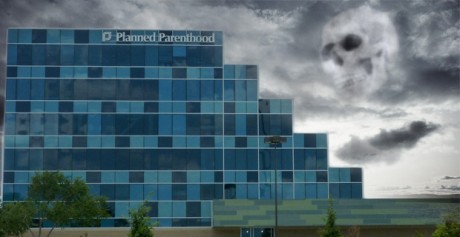 Could you imagine having a job where you had to meet an “abortion sales quota” every month?  According to a shocking new investigation, this was actually happening at Planned Parenthood clinics all over the nation, and workers that reached abortion sales quota goals were rewarded with pizza parties and other incentives.  Every year, Planned Parenthood murders hundreds of thousands of precious little children, but that isn’t good enough for them, and so they have their workers aggressively push abortions to the vulnerable young women who come into their facilities.  It is a national disgrace, and Planned Parenthood should be defunded by Congress immediately.  But of course Planned Parenthood was never defunded after it was revealed that they systematically harvest baby parts and sell them off to the highest bidder, and so many observers are pessimistic that they will be defunded now.

In this video, women that used to work for Planned Parenthood explain how the abortion sales quotas worked.  This is evil that is on a level that is hard to put into words…

America will never, ever be “great again” as long as this kind of thing is allowed to happen.
take our poll - story continues below
Completing this poll grants you access to DC Clothesline updates free of charge. You may opt out at anytime. You also agree to this site's Privacy Policy and Terms of Use.

As you can see in the video, former Planned Parenthood center manager Sue Thayer says that if the number of abortions got too low pressure was really put on the workers to get the number back up to an acceptable level…

“So we were really very goal-oriented. I trained my staff the way that I was trained, which was to really encourage women to choose abortion, to have it at Planned Parenthood, because that counts toward our goal.”

Thayer’s testimony was corroborated by former Planned Parenthood nurse Marianne Anderson.  According to Anderson, she often felt like “more of a salesman” than a nurse while she was working for the organization…

“I felt like I was more of a salesman sometimes, to sell abortions,” former Planned Parenthood nurse Marianne Anderson says in the video. “And we were told on a regular basis that, ‘You have a quota to meet to keep this clinic open.’”

She continued: “We would try to get the appointment scheduled for the abortion before they left our clinic. We would say things like, ‘your pregnancy test, you visit today is X number of dollars. How much are you gonna be able to pay towards that.’ … If they’d say, ‘I’m not able to pay today,’ then we would say something like, ‘Well, if you can’t pay 10 dollars today, how are you gonna take care of a baby?’

“‘Have you priced diapers? Do you know how much it costs to buy a car seat? Where would you go for help? There’s no place in Storm Lake – or whatever town they were in – you know, where you can get help as a pregnant mom.’”

Since Roe v. Wade was decided in 1973, more than 56 million babies have been slaughtered in abortion mills across the United States.

But now there is an effort to change all that.  A new bill has been introduced in Congress that would take that money away from Planned Parenthood and give it to other organizations that provide health care services for women…

Two U.S. Senators have introduced a bill that would redirect more than $500 million in federal funding from the abortion and contraceptive giant Planned Parenthood to women’s health care providers that do not perform abortions.

Thanks to the recent election, the Republicans now control the White House, the Senate and the House of Representatives.

If they do not defund Planned Parenthood now, there is no excuse.

So I and millions of other deeply concerned Americans will be watching.  During the campaign, Donald Trump promised that he would defund Planned Parenthood.  If it doesn’t happen, it will be a horrible stain on the Trump presidency.

People are so fired up about Trump’s executive orders on immigration and other issues, but what he does about Planned Parenthood is far, far more important than any of that.

We simply cannot continue to murder millions of our own children and expect to have any sort of a future for our nation.  In my latest book I talk about the judgments that are coming to America, but if we were to turn from our wicked ways perhaps those judgments could be delayed.

Any society that kills millions of kids deserves to be destroyed.  So please do not buy into the deception that America can be “great again” without addressing this great evil.

But if it doesn’t happen, the blood of countless numbers of precious children will be on the hands of Donald Trump and the Republicans in Congress, and they will have absolutely no excuse.