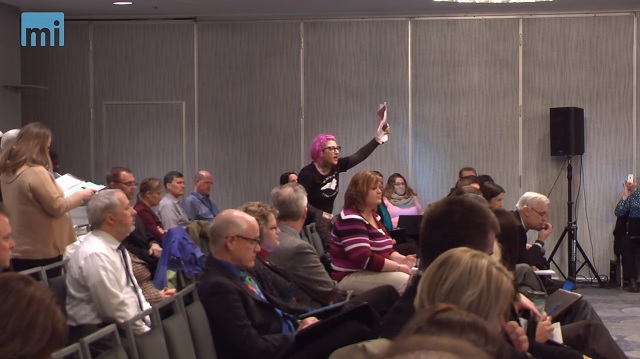 A hysterical “transgender” activist crashed a board meeting in Madison, Wisconsin after the state decided to stop using taxpayer money for state employees’ hormone therapy and sex-change operations.

“Hormone therapy is not optional, it is a necessity for people to live.”

The MacIver Institute reports: “The GIB’s decision to cease the coverage came after a federal judge ruled that states are not required to cover those treatments under federal law. By ceasing the coverage, the state returned to a policy it had maintained since July 2016.”