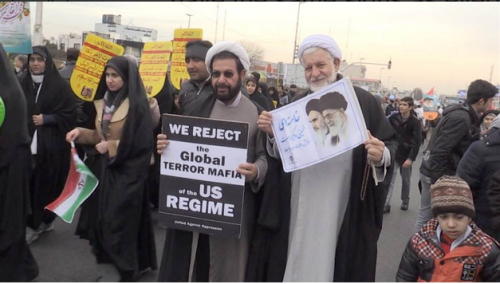 Friday was the anniversary of Iran’s 1979 Islamic Revolution that toppled the U.S.-backed shah.

Reuters reports that hundreds of thousands of Iranians, including hundreds of military personnel and policemen, marched in Tehran to swear allegiance to their government and to protest President Trump.

Trump warned that he’s putting the Islamic Republic “on notice” in reaction to a Jan. 29 Iranian missile test. Trump also reversed the Obama administration’s policy by imposing fresh sanctions on Iran. Iran said it will not halt its missile program.

Here’s a pic from the march:

Those protest signs sure look familiar, as noted by sharp-eyed Jack Posobiec.

(1) From a protest about Freddie Grey in Baltimore, MD:

(2) From a protest against President Trump:

(3) From a protest against President Trump’s temporary visa ban on nationals from Iran and 6 other Middle East countries: 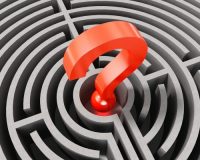