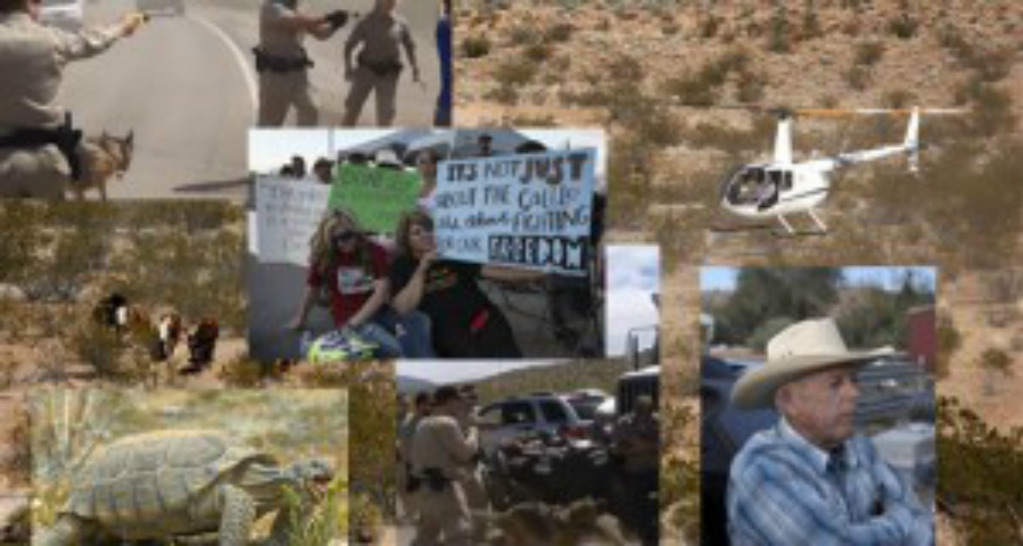 As I was writing today’s previous article on the Bundy Ranch case and asking whether or not the government hid the Inspector General’s report that found a Bureau of Land Management agent, allegedly Daniel P. Love, guilty of misconduct, I referenced what the prosecution wanted to shield the court from seeing and hearing. So, I thought I would take the things they wanted to keep the court from seeing and hearing and expose them in this article.

We’ll take each of these one at a time and you tell me if you can see why they would like to have this information suppressed. It is to close the mouth of truth so that crimes against the people can continue to be committed. All six of these items come from the list that prosecutors put forward to the judge in the case and were subsequently struck down.

Each of the the things the prosecution attempted to silence is highlighted as a bulletpoint.

Now, why do you suppose they don’t want any mention of what took place in Oregon in 2016? It’s because there are two ranchers, Steven and Dwight Hammond, currently serving five years sentences under terrorism charges for starting backfires to protect family, property and cattle. One of those fires was allegedly due to the actions of a BLM agent starting a fire. However, BLM creates the same fires with destructive results. Take a look.

The second reason they don’t want this brought up is that the men facing the same kind of trumped up charges in Nevada beat those same charges in Oregon, either by dismissal or by acquittal. Those are the facts!

Supposed mistreatment of cattle? Seriously? Let’s take a look at the evidence. Here’s verifiable proof that the BLM killed many heads of cattle that belonged to Cliven Bundy and his family and then sought to cover it up in mass burials. Following the BLM backing off after alternative media brought attention to what was going on and fellow Americans stood alongside the Bundys, here’s what was discovered. Ask yourself if this was “lawful action” by the BLM.

Here’s the mass graves that were dug.

Here’s photos of one cow that was killed by the BLM and it’s clear they were shot.

Here you can see as the Bundys retrieve their dead cattle from the mass grave.

Listen to journalist Ben Swann’s report on this with Ryan Bundy.

As for misconduct by the BLM agents, take a look at this action by the agents, and don’t forget they also sought to impose a “First Amendment Zone,” something that is unlawful under our Constitution.

Well. They are excessively and improperly armed, according to the Constitution.

Our Constitution does not allow for the Bureau of Land Management, which owes its loyalties to an English banking cartel. David Risselada writes:

In fact the Bureau of Land Management, according to Godlike productions, is considered an agent of foreign principle, meaning that they have no loyalty whatsoever to the United States and are, in fact, working for foreign entities. Just who does this unconstitutional government agency owe its allegiance to? According to Steve Quayle it is a London military banking cartel known as the Crown Corporation. Let me say this again, it is an English banking cartel that is issuing orders to many of these agencies.

This has been affirmed by two superior court judges. Under the US Constitution, those who enforce the laws of the union, are the citizen militia, ie. the people.

The Congress shall have Power To …provide for calling forth the Militia to execute the Laws of the Union, suppress Insurrections and repel Invasions…. –ARTICLE I, SECTION 8, CLAUSE 15

As for Michele Fiore, this woman has done more as a representative of the people concerning this matter and the one in Oregon than I have ever seen in my lifetime of public servants. She calls the BLM domestic terrorists.

The video and photo evidence above should be enough without even bringing up statements from public officials. However, since many like Senator Harry Reid attempted to change public opinion against an American citizen, it should be admitted in a court of law concerning the propaganda put forward by Reid and those he surrounds himself with.

Well, about that. Again, the Constitution does not give power to Congress, the courts nor the president to willy nilly declare any land to be federal land, and that is exactly what has been going on since the time of Teddy Roosevelt. Obama’s illegal and unconstitutional declaration of land that is to be owned by the people of the States to be some sort of monument or federal land is lawless and should be punished to the full extent of the law.

The Constitution is clear about what land the federal government may possess and for what purposes. Article IV, Section 3, Clause 2 of the US Constitution states:

The Congress shall have Power to dispose of and make all needful Rules and Regulations respecting the Territory or other Property belonging to the United States….”

However, that power is limited immensely in Article I, Section 8, Clause 17 about federal control of land.

The fact of the matter is that not one acre of the Bundys, Hammonds or any other rancher in the US is to be owned or controlled by the federal government because it is not used for any of the things cited. The criminal terrorist in these matters are the agents and elected representatives and those appointed by them in the federal government. It is not any of those protesting, but rather a criminal oligarchy, and yes, they do have an agenda.

As for the silencing of the arguments against “authority permits the use of force against law enforcement officers in defense of property or individual rights,” that should tell you right there that they would love to see Nazi-style “law enforcers,” who are nothing more than criminals themselves, acting under the banner of what is “legal.” If you don’t believe me, take a look at what happened in Germany under what was “legal,” but continues to remain lawless.

I would simply ask the prosecutors where the authority can be found in the Constitution to substantiate the Bureau of Land Management.

That, my friends is some of the evidence they did not want the court to see or hear, and there’s lots more. And Harry Reid had the audacity to refer to the Bundys and their supporters as “domestic terrorists.” Who are the real terrorists, America?