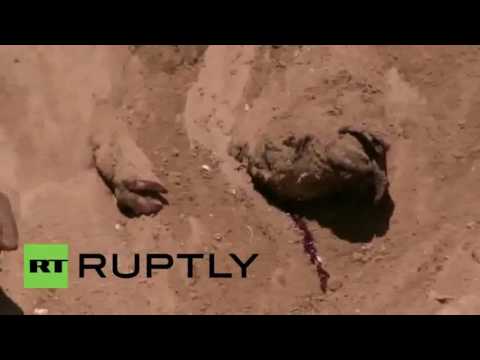 I have been covering the Bundy Ranch situation since it came to a head in 2014. As time has gone on, more and more information has come out about the aggression and corruption in the Bureau of Land Management. The latest is more video evidence that has been previously unreleased, including BLM agent body camera

video, which was leaked following the beginning of the cases going to trial last week in Nevada.

A video surfaced online showing previously unseen footage from the Bundy Ranch protest in 2014. Defendants have always insisted that the Government escalated tension in the Tuquop Wash on Saturday, April 12th, 2014. Leaked video shows federal agents being instructed to sling or put their long guns out of view. Instead, Special Agent in Charge Daniel P. Love deployed militarized BLM and US Park Police agents who subsequently pointed their weapons at protesters. Body cam footage records agents laughing about shooting animals and speaking as if they wanted an armed confrontation.

The narrative and timeline of events has always been disputed. Defendants insist that the Sheriff had announced that BLM’s roundup of Bundy cattle would cease. Eager to watch the cattle return to Gold Butte, protesters met horseback riders in the Tuquop Wash who would guide the cattle under the highway and back to the range.

They arrived to find federal agents with weapons raised and repeated attempts to tell them to disperse. People with binoculars could see snipers positioned on elevated ground behind the wash. The aggressive nature of federal agent’s action caused some citizens to take defensive postures out of the reasonable concern for grave bodily injury or death.

The Government would have people believe that Bundy dispatched an armed assault force to retrieve his cattle. Although it is well-documented that the Sheriff had already announced a cease of roundup activity, this video depicts a concise but accurate version of events in the wash and includes video clips that incriminate BLM agents for the escalation of tension.

The video also presents evidence that the BLM acted unconstitutionally in attempting to corral people into “First Amendment Zones,” photos of the overly aggressive arrest of Dave Bundy, exercising his rights under the First Amendment to take photographs of the heavily armed BLM at Bundy Ranch, and body cam video of the agents talking about killing protesters. This is exactly the kind of footage that former Nevada Assemblywoman Michele Fiore and reporter/political prisoner Pete Santilli have said was found in the defense discovery. Take a listen.

This is only the tip of the iceberg of evidence the prosecution sought to hide from the court and the American people, but it’s all going to come to light! There is no escaping it with the technology of the internet available to us. The issue now is for those of us to support these men and get the information out so that it pushes it into the mainstream media where they have to talk about it and we must be focused on the fact that that Constitution does not allow for agencies like the BLM nor does it allow the central government to own land unless it is for specific purposes and obtained via the state legislature.