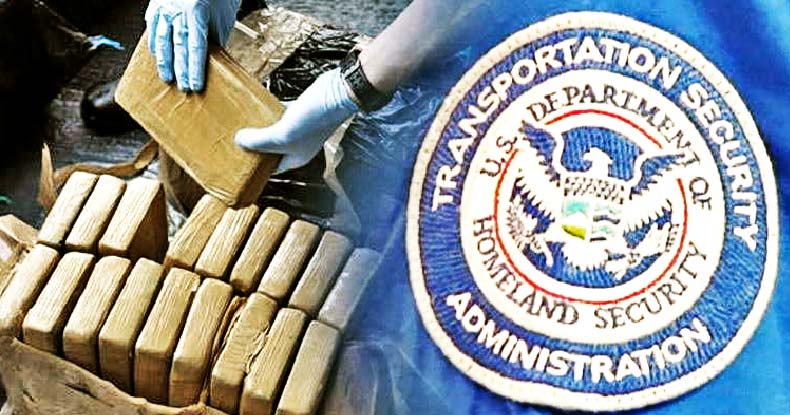 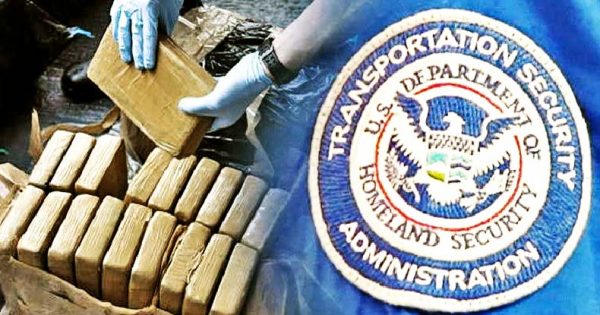 San Juan, Puerto Rico – In a case highlighting the infiltration of the Transportation Security Administration (TSA) by transnational criminal organizations, twelve current and former TSA officers and airport staff were indicted for allegedly trafficking over 20 tons of cocaine — worth over $100 million — into the U.S. over a 28-year time frame.

Last Wednesday, a federal grand jury returned an indictment against the twelve defendants, who are charged with conspiracy to possess with intent to distribute cocaine.

From 1988 to 2016 the conspirators allegedly smuggled about 40,000 pounds, or twenty tons, of cocaine through Luis Muñoz Marín International Airport in San Juan, Puerto Rico, and into the United States, according to the DOJ.

During the course of the conspiracy, the defendants smuggled suitcases, each containing at least 8 to 15 kilograms of cocaine, through the TSA security system at the Luis Muñoz Marín International Airport (LMMIA). Sometimes as many as five mules were used on each flight, with each mule checking-in up to two suitcases. From 1998 through 2016, the defendants helped smuggle approximately 20 tons of cocaine through LMMIA.

Six current and former TSA employees, José Cruz-López, Luis Vázquez-Acevedo, Keila Carrasquillo, Carlos Rafael Adorno-Hiraldo, Antonio Vargas-Saavedra, and Daniel Cruz-Echevarría allegedly smuggled multi-kilogram quantities of cocaine while employed as TSA Officers at the San Juan airport. Their full time responsibilities were to provide security and baggage screening for checked and carry-on luggage that was to be placed on outbound flights from the LMMIA. During the duration of the conspiracy, these TSA employees smuggled multi-kilogram quantities of cocaine through the TSA X-Ray machines within LMMIA and onto airplanes without detection.

“These individuals were involved in a conspiracy to traffic massive quantities of illegal narcotics to the continental United States,” said Rosa Emilia Rodríguez-Vélez, U.S. Attorney for the District of Puerto Rico. “These arrests demonstrate the success of the AirTAT initiative, which has successfully allocated a dedicated group of state and federal law enforcement officers, whose mission is to ensure that our airports are not used in the drug traffickers’ illicit businesses.”

Defendants Edwin Francisco Castro, Luis Vázquez-Acevedo and Ferdinand López are alleged to have operated as facilitators between drug trafficking organizations and the TSA employees who smuggled the cocaine into the airplanes. Defendant Miguel Ángel Pérez-Rodríguez, an airport security company employee, was a source of supply of cocaine to the drug trafficking organization, according to the superseding indictment.

The DOJ press release notes the strategic nature of the operation:

Defendant Tomas Dominguez-Rohena assisted the drug trafficking organization by taking the suitcases he knew contained cocaine after they had been cleared by TSA members or smuggled passed security to their designated flight. Defendant José Gabriel López-Mercado was a mule for the criminal organization.

“This investigation was initiated by TSA as part of its efforts to address employee misconduct and specific insider threat vulnerabilities. TSA has zero tolerance for employees engaged in criminal activity to facilitate contraband smuggling,” said José Baquero, federal security director for Puerto Rico and the US Virgin Islands, in the Monday press release.

The indictment was a result of an internal TSA investigation by the Airport Investigations and Tactical Team (AirTAT), a 2-year-old multi-agency initiative.

If convicted, the defendants face prison terms of between 10-years to life in prison.

Not surprisingly, this is the second such bust of TSA officials in only 2 years for transporting massive amounts of cocaine.

In November 2015, three former TSA agents were indicted on charges of defrauding the government and smuggling cocaine.

Still feel safe with the TSA protecting the nation’s airports?

Biden Refers to GOP Governors As Neanderthals for Ending Mask Mandate In Their States
March 3rd, 2021 Flag And Cross

Texas Justice Of The Peace And Three Others Arrested, Charged With 125+ Counts Of Voter Fraud
March 3rd, 2021 The Lid

Another Doctor Comes Forward: For All The Information That Is Out On This Fraudulent Plandemic, One Has To Ask Why No One Has Been Charged (Video)
March 3rd, 2021 Sons of Liberty Media

The vaccine IS the pandemic: 80% of nuns vaccinated at Kentucky...

Biden To Pay Federal Employees $21,000 To Keep Their Children OUT...

Situation Update – ASIANS are finally fed up with leftist race...