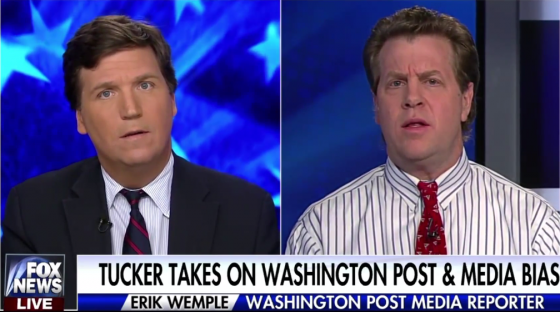 Ever since the election, the mainstream media has been dead set on dismantling the Trump administration. Their most popular tactic? Repeatedly slinging the accusation that Trump and anyone who supports him, are in fact Russian agents, or are at least aligned with the Kremlin. It’s so bad at this point that mainstream news columnists are starting to sound an awful lot like McCarthy era fear mongers.

That’s why it was so satisfying to watch Tucker Carlson eviscerate Washington Post columnist Erik Wemple Tuesday night. WaPo has repeatedly accused Trump and the alternative news media outlets who helped elect him, of working for the Russian government. And in typical Tucker fashion, he wastes no time revealing the reason why Wemple and WaPo are massive hypocrites for doing that. You definitely don’t want to miss this: