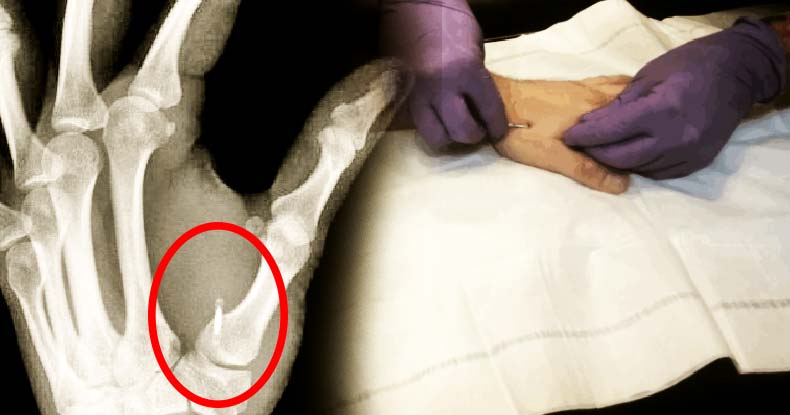 Nevada — A new bill — proposed by a senator who sees the potential for tracking humans to come to fruition — would make mandatory microchipping of humans a Class C felony.

Nevada State Senator Becky Harris believes Senate Bill 109 could be a pre-emptive measure against the worldwide push to implant humans with microchips — and the inspiration for the bill came from one of her constituents.

“As I began to look into the issue I was surprised with the merit that I believe the issue warrants,” Harris told the Senate Judiciary Committee on Monday.

Under the legislation, radio frequency identification (RFID) chips — or any technology storing personal information that could be used to locate a person — may not be implanted in people without their consent.

“This is a completely new issue,” Harris continued. “I just want a safety measure in place until we better understand the technology and the reasoning behind people’s desire to require implanting chips.”

Many reflexively balk at the idea of having a glass tube-enclosed chip roughly the size of two grains of rice injected under the skin, but businesses overseas — specifically in Belgium and Sweden — have already begun implanting employees with RFIDs.

“It’s done under the idea to unlock doors or use copy machines or maybe pay for lunch, you could use your hand,” Harris explained.

Or, at least, that’s the premise for microchipping at the moment.

“Besides privacy concerns,” the Las Vegas Review-Journal noted, “Harris said the concept raises ethical questions, such as who owns the chip or the information contained on it. And how does someone get ‘de-chipped’ if they are no longer employed by the company that required it.”

“Sean Sullivan, Washoe County deputy public defender, said the bill may also prohibit radiologists from using tattoos as permanent identifiers of where on patients to aim treatment. Others voiced concerns that it would forbid families and legal guardians of Alzheimer’s patients from deciding to put computer chips in those patients, who often wander in later stages of the disease.”

Injecting a tiny chip containing personal information under one’s skin has long been the subject of dystopian nightmares, as fears some fascist despot could rise to power and exhort total control over the citizenry. Indeed, because the technology is still developing and could be far advanced by the time any government would seek to make microchips mandatory, legal safeguards couldn’t come soon enough.

Senate Bill 109 leaves the option for chip implants up to individuals and removes it from the hands of nosy employers and the State — that is, unless the person injecting the chip doesn’t mind being slapped with a felony.

“There really aren’t, under any circumstance, any justifications for that type of a tracking device on a human being,” ACLU of Nevada Policy Director Holly Welborn told ABC News, adding ‘there’s no impending need to protect people against mandatory microchipping, but there’s no question the technology would violate rights to personal autonomy and privacy.’

Microchips were first approved for human implantation 13 years ago, but have sparked furious debate over the potential for misuse or abuse — whether unintentional or malicious.

Should the new bill pass, Nevada would join California, North Dakota, Oklahoma, and Wisconsin — all passed similar measures after an incident in 2006, in which two employees at an Ohio-based surveillance firm implanted chips in their arms to ‘access protected vaults and police images.’

According to the Review-Journal, virtually no opposition to the legislation was voiced in committee, but no further action has been taken on the bill.

That precautionary legislation has to be introduced to prevent a potentially unprecedented invasion of personal autonomy speaks to both advancements in technology and the human penchant to rush to use it without first considering long-term implications.