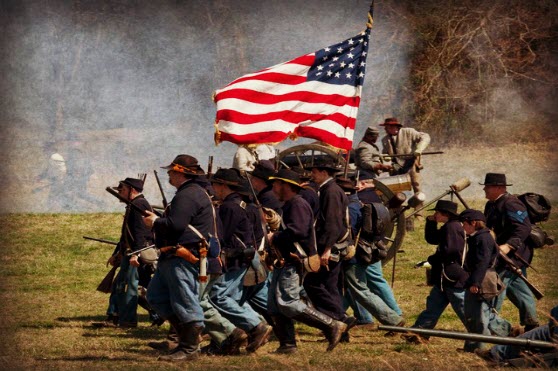 Information has come out that Mike Flynn’s quick departure may have “deep state coup” written all over it.

First, look at what Former Rep. Dennis Kucinich had to say a couple days ago on Fox about how the intelligence community is essentially sabotaging Trump to reignite a war with Russia or, really, a war with any country:

There are various theories, but one thing is certain: we aren’t being told anything near the whole story of what’s really going on behind the scenes (as per the usual “need to know” basis the American public has been on since 1947 when the National Security Act was signed).

Hints are spilling out at the seams, however, that there’s a full on war taking place beneath the surface in Washington. We have stories coming out everywhere of former CIA agents talking about what a terrible nightmare America faces under Trump and what a dire threat he is to our institutions and government.

When have you ever heard this level of rhetoric against any American president in your lifetime? It’s over the top.

For example, Vox interviewed Glenn Carle, a 23-year veteran of the CIA and a former deputy officer on the National Intelligence Council. When asked, “Are we witnessing a shadow war between President Trump and the intelligence community?”, Carle had this to say about Trump and America:

We are facing the gravest threat to our institutions and our government since 1861, since the country broke in half. This is a graver crisis than Watergate, which was about corruption, not the usurpation of our laws and our checks and balances. It’s graver than World War II, when Hitler never actually threatened our institutions or occupation of Washington.

In other words… their narrative is that we are facing another Civil War because of Trump.

BUT who is really pulling the strings on whipping society up into this Civil War 2.0 and why?

When asked, “So what’s left to do if you’re someone on the inside who understands the stakes and can see what is happening?”, Carle went on to say:

The only thing you can do is what is now happening: an aroused populace can protect democracy. You fight darkness by casting light upon it.

Oh, and just in case you are wondering where all those “intelligence” leaks are coming from, Carle continued:

So one should not characterize leaks, as the cowardly and self-interested Republicans have, as the issue. Leaks are the only option that one has in this existential crisis to protect the Constitution.

However, you have to step back and look at the bigger picture here.

This is the narrative on one side:

“An aroused populace can protect democracy…”

The mainstream media machine has been flipped on to full button-pushing mode, playing the word “chaos” completely out they are repeating it so much. (After all, there is a reason its called TV “programming”.)

On the other side, we have Trump advisers like New Gingrich who actually wrote a revisionist fiction novel about the Civil War, and Steve Bannon who is openly talking about the next great war which he says is definitely coming, referring in interviews to Trump as a “blunt instrument for us”.

Who is “us” exactly, and what is it that their “instrument” is supposed to accomplish?

When you step back and look everything, the whole situation seems a bit manufactured, doesn’t it?

Like I said a few days ago, chaos has been weaponized. This country is being torn apart at the seams with divide and conquer to distract us all while, in the background, we are being taken to more war in the Middle East, possibly with Iran which will lead to World War III with Russia and China.