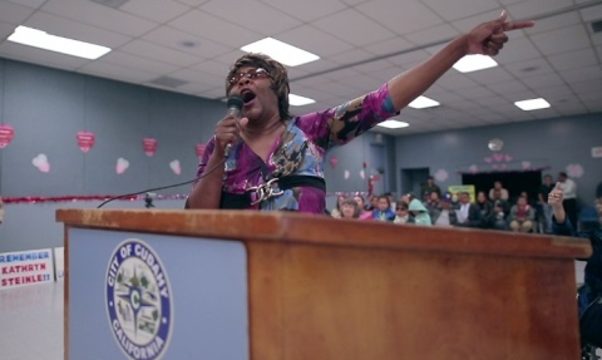 “Sanctuary cities are racist – black communities have been destroyed by illegal immigration,” says the woman, adding that the situation called for a “second civil rights movement.”

Tracing her ancestry back to slave ships, the woman said, “I’m not going anywhere….sanctuary cities are racist, all the jobs are going to illegals….that is wrong, you’re not going to be allowed to get away with it….the black community has been destroyed by racist illegal immigration and we’re not gonna have it.”

“Thank God for Trump, thank God for Sessions and you should be ashamed of yourselves, how dare you?” roared the woman, questioning why illegals were allowed to claim benefits for people living back in Mexico, while her own family members struggled in New Orleans after Hurricane Katrina.

President Trump’s promise that he would help the inner cities and get back jobs that illegals have taken away from African-Americans is one of the reasons why Trump outperformed previous Republican candidates.

He beat Romney’s share of the black vote by 7 points also did better than Romney with Latinos by a margin of 8 points.