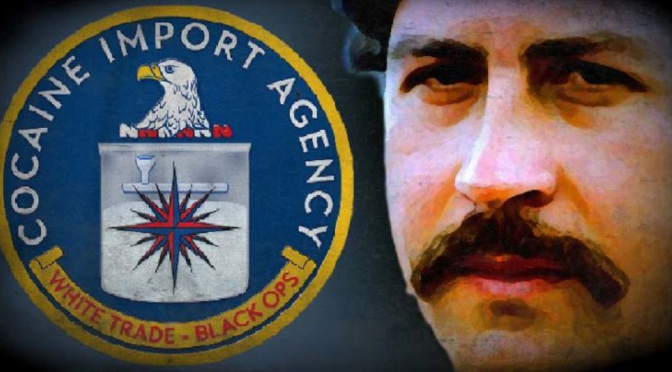 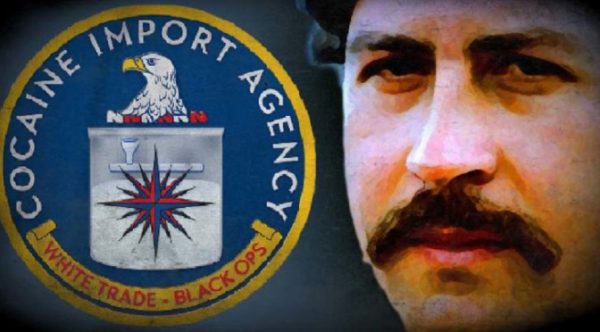 In a new book, “Pablo Escobar In Fraganti,” Escobar, who lives under the pseudonym, Juan Sebastián Marroquín, explains his “father worked for the CIA selling cocaine to finance the fight against Communism in Central America.”

“The drug business is very different than what we dreamed,” he continues. “What the CIA was doing was buying the controls to get the drug into their country and getting a wonderful deal.”

“He did not make the money alone,” Marroquín elaborated in an interview, “but with US agencies that allowed him access to this money. He had direct relations with the CIA.”

Notably, Marroquín added, “the person who sold the most drugs to the CIA was Pablo Escobar.”

Where his first book primarily covered Escobar, the man as a father, Marroquín’s second — which has just been released in Argentina — delves into the kingpin’s “international ties of corruption in which my father had an active participation, among them with the American CIA,” he said in a recent interview.

Those government associates “were practically his partners,” which allowed Escobar to defy the law, and gave him nearly the same power as a government.

Predictably, this information is conveniently absent from media headlines in America.

If the CIA trafficking cocaine into the United States sounds like some tin foil conspiracy theory, think again. Their alleged role in the drug trade was exposed in 1996 in an explosive investigative series “Dark Alliance” by Gary Webb for the San Jose Mercury News. The investigation, headed up by Webb revealed ties between the CIA, Nicaraguan contras and the crack cocaine trade ravaging African-American communities

El Patron, as Escobar came to be known, amassed more wealth than almost any drug dealer in history — at one point raking in around $420 million a week in revenue — and reportedly supplied about 80 percent of the world’s cocaine. Escobar landed on Forbes’ list of international billionaires for seven straight years, and — though the nature of the business makes acquiring solid numbers impossible — his estimated worth was around $30 billion.

Escobar and the Medellín cartel smuggled 15 tons of cocaine into the U.S. — every day — and left a trail of thousands of dead bodies to do so.

“It was a nine-hundred-mile run from the north coast of Colombia and was simply wide-open,” journalist Ioan Grillo wrote in the book, “El Narco: Inside Mexico’s Criminal Insurgency.” “The Colombians and their American counterparts would airdrop loads of blow out to sea, from where it would be rushed ashore in speedboats, or even fly it right onto the Florida mainland and let it crash down in the countryside.”

If what Marroquín reveals in the new book is, indeed, true, it would mean the CIA played a major role in ensuring Americans had access to boundless quantities of cocaine — while the U.S. government sanctimoniously railed against drugs to promote the drug war.

In fact, as Marroquín keenly observes, drug prohibition makes for the best pro-drug propaganda — the nature of something being illegal naturally gives it greater appeal.

That prohibition guaranteed Escobar’s bloody reign would be all the more violent. Marroquín now believes “his path of healing is reconciliation with the relatives of those whom his father ordered to kill.”

While Escobar certainly used violence, or ordered others to use violence, to effectively foment and maintain power, he wasn’t without a charitable bone in his body. As Business Insider notes, “He was nicknamed ‘Robin Hood’ after handing out cash to the poor, building housing for the homeless, constructing 70 community soccer fields, and building a zoo.”

El Patron met his fate in 1993 — by gunshot as he attempted to flee after his house was surrounded. However, the circumstances surrounding his death are still being debated today. Marroquín insists his father committed suicide rather than be shot or captured by police forces sent to hunt him down; while others believe Escobar was absolutely slain by police.

Either way, Escobar’s accumulation of wealth could be viewed as incidental to the role he played for the CIA and the war on drugs — a massive hypocrisy serving to keep people hooked on a substance deemed illegal by the State, so the State can then reap the profits generated by courts, prisons, and police work ‘necessary’ to ‘fight’ the ‘war on drugs.’

“My father was a cog in a big business of universal drug trafficking,” Marroquín explains, and when he no longer served a purpose for those using him that way, killers were sent to do away with the problem — the problem so many had a hand in creating.

Marroquín, who only revealed himself as Escobar’s son in 2009, says he’s had to forgive members of his family for their involvement in the drug business and betrayal of his father — but notes that forgiveness doesn’t mean forgetting what happened.

But he has measured perspective about the man who brutally ruled the cocaine industry.

“Pablo Escobar is by no means a role model,” he asserts.

“I admire Pablo, my father, who educated me. Not Escobar, the mafioso.”

Marroquín noted drug lords like his father might appear to have everything as their status and name garner attention, but these material gains, in actuality, take control in the end.

“The more power my father had, the poorer he lived.”