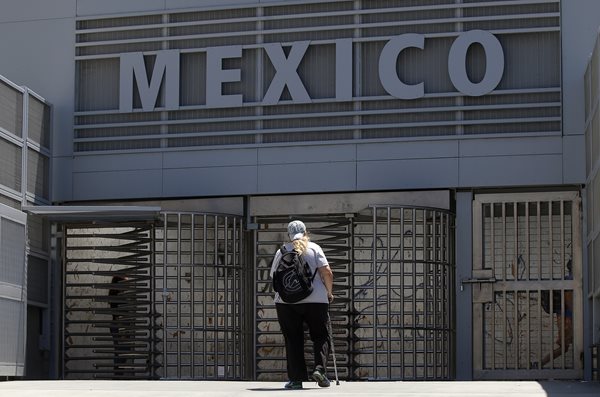 How is it that Americans have tolerated a people that cry “Death to America” without, and “Let them in” by traitors within? (Corrupt politicians and “useful idiots known as news anchors, Hollywood degenerates, etc.”)

We see and hear much about what the 9th Circuit Court of Appeals unlawfully ruled upon concerning the President’s lawful ban on illegals coming into the United States. By doing so, the court has declared that the United States Constitution is unconstitutional. This is nothing short of anarchy among those who are to discover and apply law (Psalm 94:20).

As a reminder, the advocates of illegal immigration, to their own demise, are in hopes that you will forget about Kathryn Steinle, who was shot dead on San Francisco’s Pier 14 by an illegal in an unprovoked attack. Her murderer, Juan Francisco Lopez-Sanchez, who used a federal agent’s gun in the crime, was deported 5 times and was a 7 time felon across multiple states, including Texas, Oregon and Arizona. He had several aliases with several birth dates, was flagged to be held by ICE for immigration, and was recently released following a marijuana arrest and was subsequently protected by corrupt politicians in what Americans have been led to believe when it comes to the unlawful guise of illegal “sanctuary cities.”

Each year, the Border Patrol apprehends hundreds of thousands of aliens, who flagrantly violate our nation’s laws by unlawfully crossing U.S. borders. Such illegal entry is a misdemeanor and, if repeated after being deported, becomes punishable as a felony.

The illegal alien population is composed of those who illegally enter the country (referred to as “entry without inspection — EWI”) in violation of the immigration law. Others enter legally and then stay illegally (referred to as overstayers). The immigration authorities currently estimate that two-thirds to three-fifths of all illegal immigrants are EWIs and the remainder is overstayers. Both types of illegal immigrants are deportable under Immigration and Nationality Act Section 237 (a)(1)(B) which says: “Any alien who is present in the United States in violation of this Act or any other law of the United States is deportable.”

The laws in this country are simply going un-enforced.

Do you ever wonder what might happen if you were to go into Mexico illegally? According to Mexico’s 1999 Immigration Law:

• Mexico welcomes only foreigners who will be useful to Mexican society:

– Foreigners are admitted into Mexico “according to their possibilities of contributing to national progress.” (Article 32)

– Immigration officials must “ensure” that “immigrants will be useful elements for the country and that they have the necessary funds for their sustenance” and for their dependents. (Article 34)

– Foreigners may be barred from the country if their presence upsets “the equilibrium of the national demographics,” when foreigners are deemed detrimental to “economic or national interests,” when they do not behave like good citizens in their own country, when they have broken Mexican laws, and when “they are not found to be physically or mentally healthy.” (Article 37)

“Now therefore hearken, O Israel, unto the statutes and unto the judgments, which I teach you, for to do them, that ye may live, and go in and possess the land which the Lord God of your fathers giveth you” (Deuteronomy 4:1).

“And it shall come to pass, that as the Lord rejoiced over you to do you good, and to multiply you; so the Lord will rejoice over you to destroy you, and to bring you to nought; and ye shall be plucked from off the land whither thou goest to possess it” (Deuteronomy 28:63).