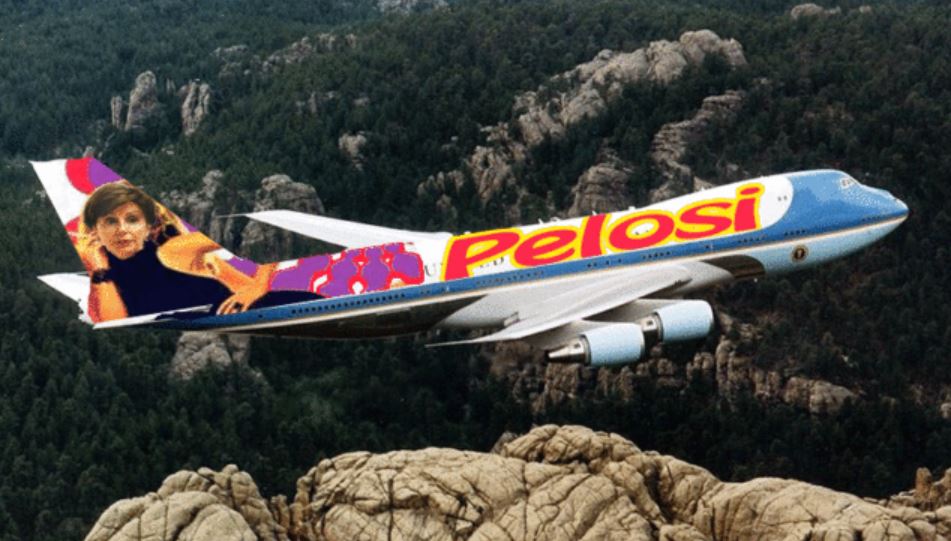 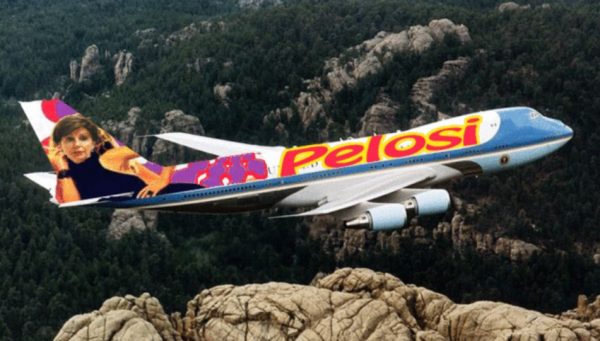 With all the “shit-n-shinola” liberals in Congress have been pulling off over the years, and especially now after November 8, 2016, I thought tax payers would like to know something about U.S. Congresswoman Nancy Pelosi’s travel plans the U.S. tax payers paid for. Just like most Democrats, everything for nothing; isn’t it due them?

According to a Judicial Watch press release dated July 21, 2011, we find just how luxuriously then-House Speaker Pelosi, family and friends traveled on tax payers’ dime, until the U.S. Air Force took away her use of their aircraft. The records were obtained via Freedom of Information Act (FOIA).

Judicial Watch also previously uncovered internal Department of Defense (DOD) documents email correspondence detailing attempts by DOD staff to accommodate Pelosi’s numerous requests for military escorts and military aircraft as well as the speaker’s last minute cancellations and changes. For example, in response to a series of requests for military aircraft, one DOD official wrote, “Any chance of politely querying [Pelosi’s team] if they really intend to do all of these or are they just picking every weekend?…[T]here’s no need to block every weekend ‘just in case’…” The email also notes that Pelosi’s office had, “a history of canceling many of their past requests.”

Judicial Watch also uncovered emails from the DOD that show the Pentagon worked hand-in-hand with congressional offices prior to releasing documents regarding congressional military travel under the FOIA. These “heads up” emails involved FOIA requests filed by Judicial Watch, The Wall Street Journal, Congressional Quarterly and Roll Call, among other organizations, related to the use of military aircraft by a number of congressional members, including Pelosi.

Following numerous press reports documenting Pelosi’s misuse of military air craft, current House Speaker John Boehner announced that he would fly commercial between his home district and Washington, DC. Nevertheless, Judicial Watch has initiated a separate investigation into travel since Republicans took control of the House.“ These documents further detail former Speaker Pelosi’s shameless abuse of military air craft during her tenure as House Speaker. Providing sweetheart travel deals for her adult children are an abuse of her high public office,” said Judicial Watch President Tom Fitton. “But this scandal is much larger than Speaker Pelosi, as the massive Detroit Auto Show junket shows. Members of the House are able to obtain permission from the Office of the Speaker for the use of military luxury and military-supported travel for congressional delegation trips. These trips, known as CODELs, have exploded in number and cost.

Speaker Boehner needs to reform this abuse of our military’s assets. For all the recent talk about corporate luxury jets here in Washington, the American people might be surprised to learn the Air Force has an entire wing of luxury jets (in addition to President Obama’s Air Force One planes) for the use of congressmen and top administration officials.” [1]

That, apparently, is the liberal left’s agenda: Keep the real news from tax payers and others; gush the fake news. Does President Trump have that one correct, too? Control the media! Remember Pelosi’s infamous, “But we have to pass the bill so that you can find out what is in it away from the fog of the controversy,” regarding the Obama Administration signature healthcare bill, aka ObamaCare, that has driven the price of healthcare premiums up by an average of 24 percent for 2017, while some in Phoenix [2016] faced a premium increase of 145 percent!Remember, that was a few years back when Obama was president. However, current remarks President Trump makes about Washington, DC’s ‘swamp critters’ aren’t being taken very kindly or in proper context by Democrats and the newly-formed “Purple Revolution” fashioned by the Clintons and George Soros’ MoveOn.org to precipitate a color revolution in the USA against the Trump Administration, as Soros and his Open Foundation Society successfully carried out in other countries, e.g., Arab Spring and other color ‘revolutions’ around the globe [2-5]. Are you aware of that? A “Purple Revolution” in the USA! Purple no longer is my favorite color.

Personally, I will never fathom how Congress critters bought into Pelosi’s “we have to pass the bill” BS without reading it, in the first place. Doesn’t that say something about President Trump’s assessment of the Washington, DC critters? Where is any sense of their legal ethics? “Pass the bill without reading it;” abuse of U.S. military assets! When will this left-wing political-party agenda come to, or be brought to, some sense of proportional reality, e.g., accountability from and by all who were involved in both terms of the Obama Administration, as there is much to be uncovered there, and to be marched about, and even to be greatly protested in Obama’s numerous Presidential Executive Orders [PEO Nos. 13489—13764], if only those who care so very much about their rights now that Trump is president would take the time to read what rights Obama took away from we the people, many of whom live off the federal government’s largess.