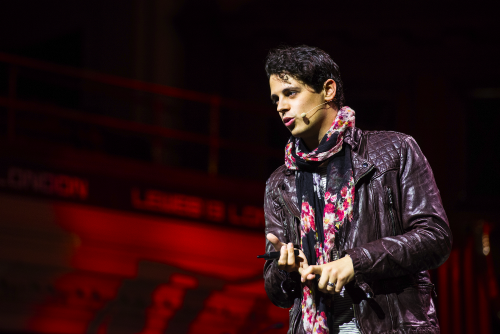 When Milo Yiannoupolis, the controversial editor for Breitbart, agreed to come onto Bill Maher’s show, the Left exploded in outrage. They howled about how Maher, who I might add also has a long history of making provocative statements, was giving this (insert nazi/racist/fascist/self-loathing homosexual) a platform to speak and spread his poisonous message. One of Maher’s guests, a journalist for The Intercept, was so offended by the mere booking of Milo that he refused to go on the show.

And that’s precisely why liberals need to watch this interview, which transpired on Friday night. Though Bill and Milo clearly disagree on a lot of issues, they did agree that free speech needs to be protected, and that the Left needs to stop trying to shut down and ignore people who they disagree with. As Milo so succinctly put it, “if you don’t show up to debate, you lose.” (language warning)