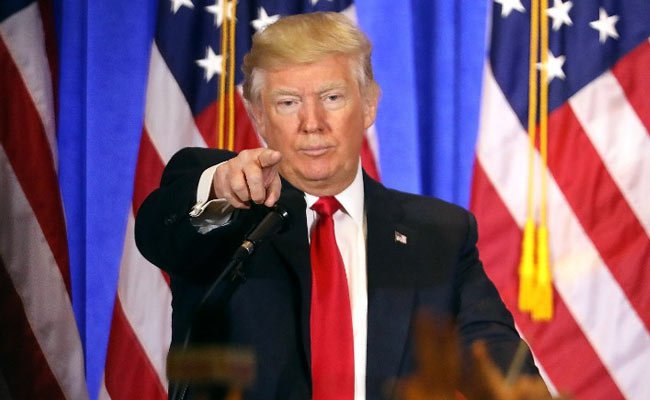 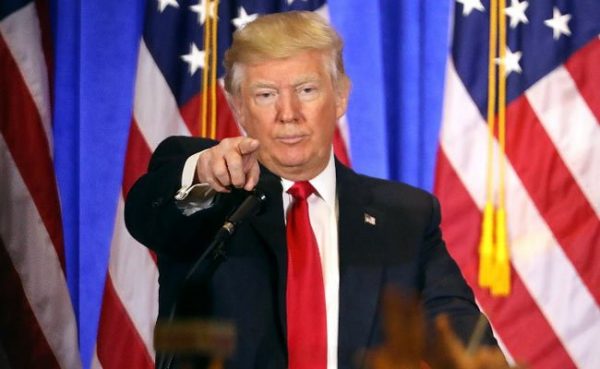 Following his over-an-hour press conference on Thursday, President Donald Trump went after the fake news media in a Tweet claiming that they are “the enemy of the American people.”

Not only did he call them out, but he named names.

“The FAKE NEWS media (failing @nytimes, @NBCNews, @ABC, @CBS, @CNN) is not my enemy, it is the enemy of the American People!” he wrote.

The FAKE NEWS media (failing @nytimes, @NBCNews, @ABC, @CBS, @CNN) is not my enemy, it is the enemy of the American People!

Trump posted a previous tweet in which he omitted ABC and CBS. That post was almost immediately removed.

On Thursday, Trump attacked CNN as not just “fake news,” but “very fake news” and called allegations regarding Russia a “ruse.”

He would later tweet “One of the most effective press conferences I’ve ever seen!’ says Rush Limbaugh

. Many agree. Yet FAKE MEDIA calls it differently! Dishonest.”

"One of the most effective press conferences I've ever seen!" says Rush Limbaugh. Many agree.Yet FAKE MEDIA calls it differently! Dishonest

, the journalist who helped uncover the Watergate scandal

, commented, “oh boy,’ after he was read Trump’s tweet by a fellow reporter.

“Donald Trump is demonstrating an authoritarian attitude and inclination that shows no understanding of the role of the free press,” Bernstein said.

Bernstein also went on to say that Trump’s comments “may be more insidious and dangerous than Richard Nixon’s attacks on the press.”

In 1972, then President Richard Nixon

told his national security adviser, Henry Kissinger, “The press is the enemy.”

While the language is the same, there can be no doubt that many do not trust the mainstream media outlets anymore. They find their news from alternative sources such as this website, on the street journalists and those who simply choose live stream news as it occurs without commentary.

While any and all journalists are prone to error, we have found out that in many cases, stories are run without verification, such as the Associated Press’ 100,000 National Guard troops being considered by the Trump administration to round up illegal immigrants. Other outlets, such as CNN and the BBC, are knowingly perpetrating lies on the American people and we’ve got the video evidence to prove it. Take a look at just a few examples of outright deception and lying, not mere errors.

Trump said during his press conference, “The public doesn’t believe you people anymore. Now, maybe I had something to do with that. I don’t know. But they don’t believe you.”

Last month, Chief White House Strategist and former chair of Breitbart News, Steve Bannon referred to certain reporters as the “opposition party” and claimed, the media should be embarrassed and humiliated and keep its mouth shut and just listen for a while.

“They don’t understand this country,” he added. “They still do not understand why Donald Trump is the President of the united States.”

I think President Trump was only voicing what many in the US already believe. That’s not to say everything that is put out by the media is a lie. However, it is so that people realize not everything reported in the media is true. That is not an attack on the First Amendment or the press. Donald Trump has not called for laws to silence the media. He has simply questioned whether they can be trusted. He did nothing more than point out their lies, hypocrisy and propaganda.