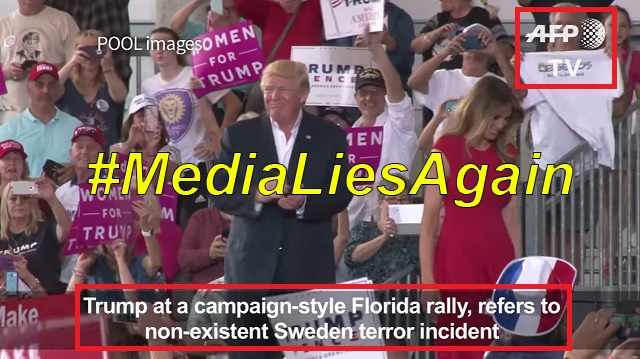 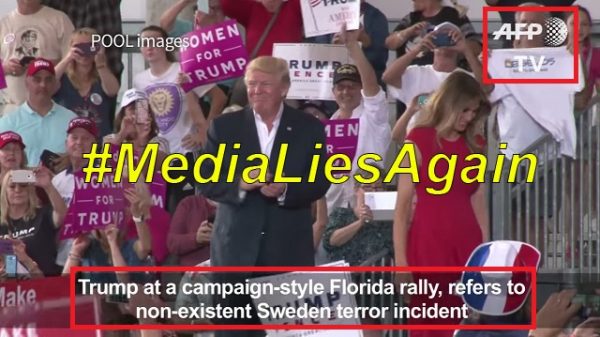 President Trump never said there was a “terror attack” Friday night in Sweden, but that didn’t stop hundreds of fake news outlets from claiming he did.

Nowhere did he say there was a “terror attack.”

He said “look at what’s happening.” Even though he never said there was a “terror attack,” that didn’t stop the lying media from making up fake news and claiming he did.

Sweden was one of the most peaceful countries on earth, then they opened their borders to mass third-world immigration and now they’re the rape capital of the West. 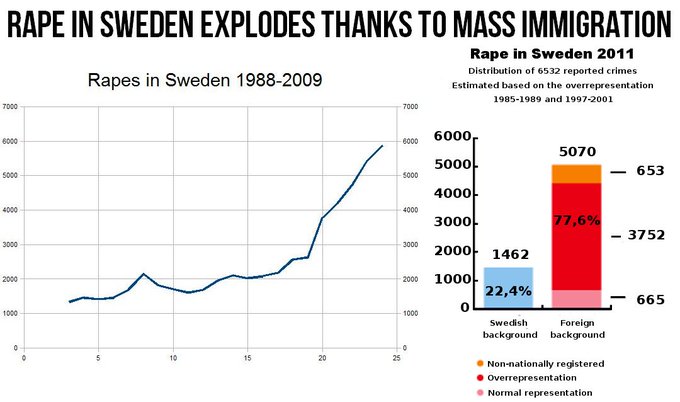 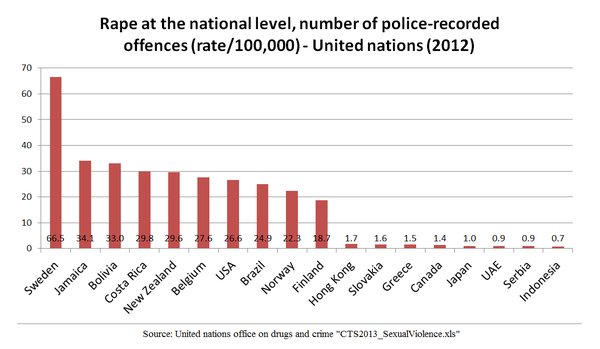 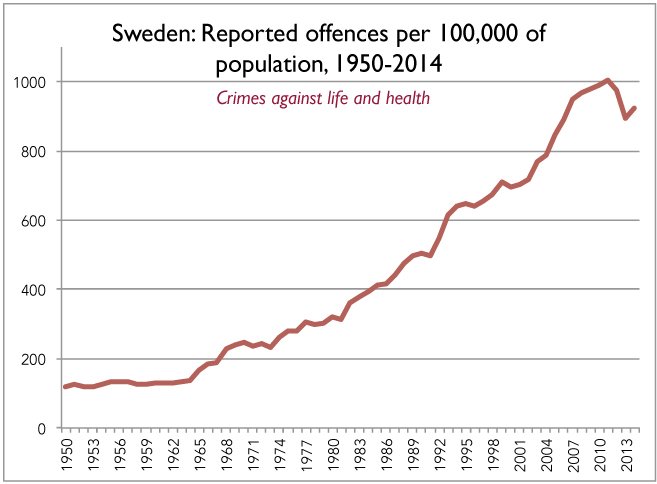 Many speculated Trump was referencing a clip which aired Friday on Tucker Carlson’s show where they took a look at how mass immigration was destroying Sweden:

The crime rate in Sweden is skyrocketing. There are some 6,700 rapes a year, which is 18.35 rapes a day. Just a few weeks ago a gang of migrants streamed themselves raping a woman on Facebook live. There are regular grenade attacks carried out by rival drug gangs and cars are constantly being set on fire. The country was rocked earlier this month after their “most experienced police investigator” posted a rant on Facebook saying almost all crime is committed by Muslims named variants of “Mohammed.” This is what Trump was talking about. He was telling people to look at what’s happening in Sweden, where living in terror has become a way of life for poor Swedes who can’t afford to leave the culturally enriched parts of town filled with hostile Muslims.

If the fake news media actually looked at what’s happening in Sweden rather than making up fake news about Trump citing non-existent terror attacks, the American people would understand why everyone who knows anything doesn’t want our country to be flooded with these fake “refugees.”