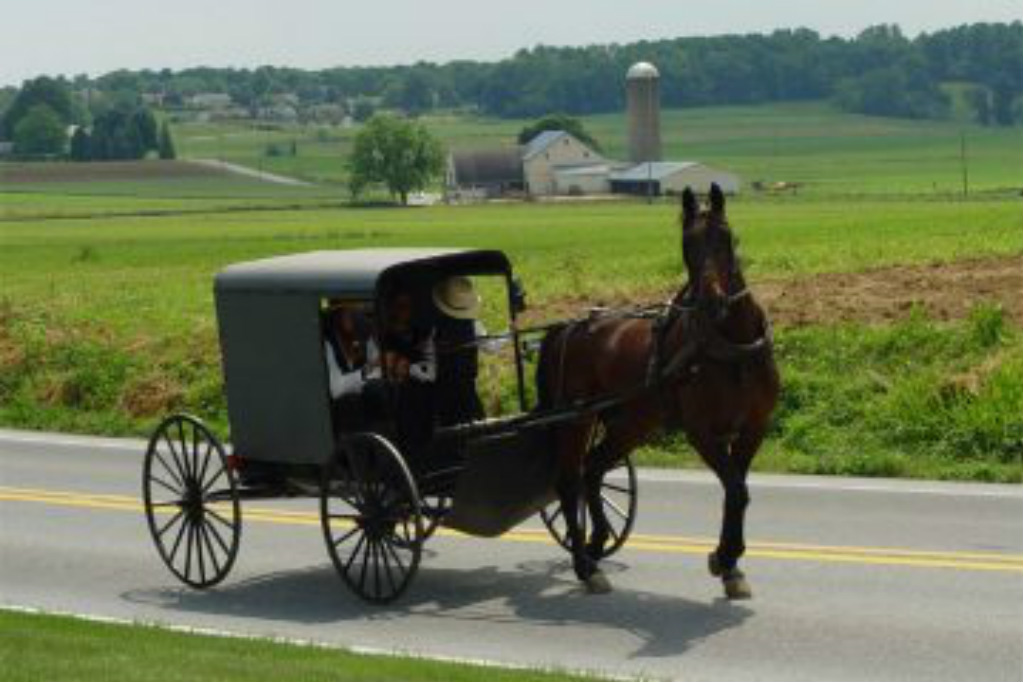 This is yet another reason why the Food and Drug Administration should be abolished. A 56-year-old Amish farmer is now facing 68 years in federal prison because he made a natural health product.

Samuel Girod is the father of twelve and grandfather of 25. He produces natural products in his own kitchen. Since 2015, he has been facing a 12-count federal indictment.

Girod’s troubles started back in 2013 when someone reported his products to the state health department in Missouri.

A federal judge in Missouri put an injunction in place, banning Girod from making some of his products until he met certain conditions. Part of those conditions were inspections of the property where Girod made his products which is where Kentucky comes into play.

Girod’s makes his products on the family farm along Satterfield Lane in Bath County.

“I think everybody in the community has heard about it,” said Bath County resident, Suza Moody. “I can’t even figure out what he has done wrong. They live at the foot of the cross and the thought of one of them intentionally doing something wrong is outrageous.”

“They are just devastated. I mean when they brought him out in handcuffs. It was awful,” said family friend, Sally Oh.

One of his products is called Girod’s Chickweed salve. It’s made with Rosemary, Beeswax, Olive Oil, Peppermint, chickweed, Eucalyptus, Lavender and Comfrey.

According to Ms. Oh, the FDS took issue with the labeling of the product.

It said ‘Chickweed Salve’ up top, then on down said ‘Cures Cancer,’ she explained. “Which for some people it did, but he can’t say that. So he changed it to say ‘Healing Chickweed,’ but they said no you can’t say healing. So now it just says ‘Original Chickweed.'”

Girod has been making the product for over 20 years and sold it in small convenience stores.

The Lexington Herald Leader reports, “The grand jury indicted Samuel A. Girod on a dozen charges, including conspiracy, distributing misbranded drugs and threatening a witness to try to keep business documents away from the grand jury. The witness-tampering charge, the most serious, carries a maximum penalty of 20 years in prison.”

It’s also alleged that he did not register his facility with the FDA. According to the FDA,

U.S. District Judge Gary A. Fenner of the U.S. District Court for the Western District of Missouri signed the seizure order on Tuesday, March 27, 2012. The seizure covered three products: Chickweed Healing Salve, allegedly marketed as a skin cancer treatment containing comfrey; To-Mor-Gone, which allegedly claims to cure cancer and other diseases; and R.E.P., which allegedly claims to cure stress headaches and sinus infections, but contains no ingredient information on its label.

FDA requested the seizure, the complaint says, because the products claim to treat or cure diseases but have not received FDA approval, and are not exempt from such approval requirements. Moreover, the complaint says, the seized products contain ingredients that could cause toxic or allergic reactions in consumers sensitive to these ingredients. According to the federal complaint, Chickweed Healing Salve contains comfrey, which may increase the risk of systemic toxicity, and To-More-Gone contains bloodroot, a caustic, corrosive substance that produces a thick scar that can mask tumor recurrence. In addition, the seized products are “misbranded” under the Federal Food, Drug and Cosmetic Act.

Dara A. Corrigan, associate commissioner for regulatory affairs, said, ““Two important protections for the public are that a firm may not sell new drugs unless they have been tested and approved by FDA and a firm may not make false or unsubstantiated claims about drugs they sell. When a firm disregards these protections, it not only violates the law but also creates a risk for consumers, who may rely on a bogus product and forego effective and proven treatment. FDA must and will take aggressive enforcement action.”

Oh, you mean like the FDA’s approval of this $7,800-a-month alleged lung cancer drug, which caused rashes and rarely worked? Yeah, I understand completely now.

No one was injured or harmed by Girod’s product. In fact, many people testify that they were helped by it. Fine. I ask the FDA how many drugs they approve that have tremendous side effects, including death, but they are just fine approving it, as long as it’s on the label. How does that actually protect anyone?

The FDA should be abolished right along with the other unconstitutional agencies of the central government and Mr. Girod should be freed to live his life and make his product. No crime was committed. If someone believes that he committed fraud against them, that is what the courts are for and restitution could be made. However, sending this man to prison is not justice, it’s hypocrisy when the FDA is allowed to basically engage in far worse behavior. Buyer beware, I say.