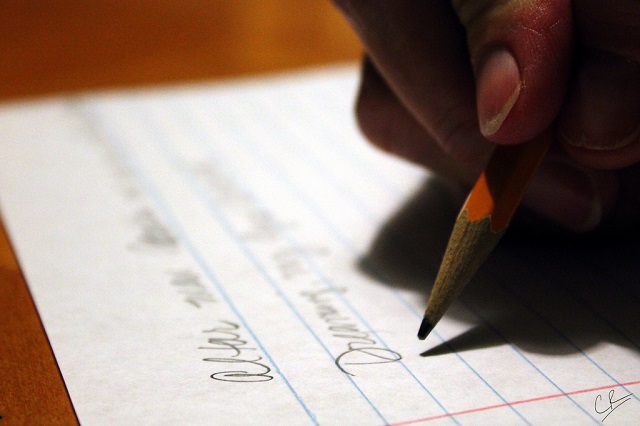 Expecting students to use proper grammar is “racist” and reflective of “white supremacy,” at least according to the University of Washington Tacoma’s writing program director Asao Inoue.

An “antiracist” poster in a college writing center insists American grammar is “racist” and an “unjust language structure,” promising to prioritize rhetoric over “grammatical ‘correctness.’”

The poster, written by the director, staff, and tutors of the University of Washington, Tacoma’s Writing Center, states “racism is the normal condition of things,” declaring that it permeates rules, systems, expectations, in courses, school and society.

“Linguistic and writing research has shown clearly for many decades that there is no inherent ‘standard’ of English,” proclaims the writing center’s statement. “Language is constantly changing. These two facts make it very difficult to justify placing people in hierarchies or restricting opportunities and privileges because of the way people communicate in particular versions of English.” In the introduction to its “commitment” section, the Tacoma Writing Center pledges to “listen and look carefully and compassionately for ways we may unintentionally perpetuate racism or social injustice, actively engaging in antiracist practices” before making nine specific promises to students.

“We promise to emphasize the importance of rhetorical situations over grammatical ‘correctness’ in the production of texts,” announces the poster. “We promise to challenge conventional word choices and writing explanations.”

In an article accompanying the poster, the University of Washington, Tacoma revealed Friday that Dr. Asao Inoue, director of the writing center, is behind the new push for social justice.

The good folks at U of Utah sent me this today. Thanks @jordan_rhetor ! Gonna be there in just over a week! #antiracistwritingassessment pic.twitter.com/F8QennYUMQ

How whiteness is deployed toward racist ends: an over-adherence to rules when context & ethics demand we deviate. #blacklivesdontmatter https://t.co/5z7OkcYgrG

While it doesn't explore racism and white's position in it, this is a pretty good way to open discussions of race… http://t.co/pmGrm4bNw8

Teachers/schools also have to stop defining "best" performance as a comparative measure to some (white) standard. https://t.co/5ebwp3BCeB

just realized I'm the only person of color in a room full of white folks, talking about "helping" students w/grammar i.e. students of color

“The people pointing out [grammar] mistakes are more likely to be older, wealthier, whiter, or just plain academic than the people they’re treating with condescension,” Chalabi said.

Perhaps someone should inform these people “white folks” invented English and created the standards so their ideas could be properly understood. English grammar rules were put in place to ensure clarity of communication, not to “oppress people of color.”