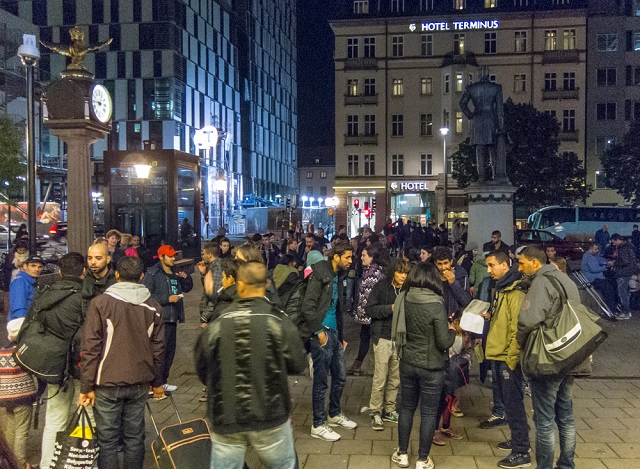 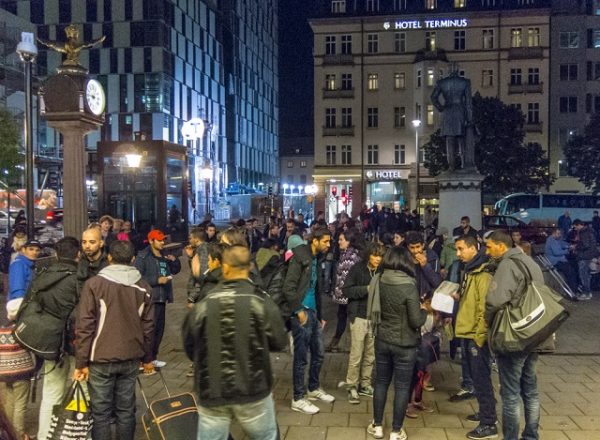 A story from Fox News covering Sweden’s “migrant crime wave” is now the top story nationally, according to Google News.

In their quest to attack President Trump for any possible reason, the lying media made up a fake news story claiming Trump spoke of a non-existent “terror attack” which occurred Friday night in Sweden.

In fact, Trump never said there was a “terror attack” in Sweden, he said people should look at what’s happening in Sweden to see how their country is being destroyed by “refugees.”

Trump said on twitter Sunday his comments were referencing this story which was broadcast on Tucker Carlson’s show Friday:

My statement as to what's happening in Sweden was in reference to a story that was broadcast on @FoxNews concerning immigrants & Sweden.

That clip has since gone viral as well as tons of other stories on migrant crime in Sweden.

Trump tweeted this morning: “Give the public a break – The FAKE NEWS media is trying to say that large scale immigration in Sweden is working out just beautifully. NOT!”

Give the public a break – The FAKE NEWS media is trying to say that large scale immigration in Sweden is working out just beautifully. NOT!

The following story from Fox featuring an interview with Tucker Carlson and a host of migrant crime stats took the top slot earlier today on Google News.

From Fox News, “Trump may have been unclear, but Sweden experiencing a migrant crime wave”:

Police investigator Peter Springare isn’t likely to be among those mocking President Trump for his remarks about refugees in Sweden.

Trump’s comments during a Florida campaign rally on Saturday – which some took as a misstatement about a supposed terror attack – dovetail with what Springare has been seeing during a typical week in Orebro, Sweden. Five rapes, three assaults, a pair of extortions, blackmail, an attempted murder, violence against police and a robbery made up Springare’s caseload for a five-day period earlier this month, according to a Feb. 3 Facebook post he wrote. The suspects were all from Muslim-majority countries – Iraq, Syria, Afghanistan, Somalia and Turkey – save for one Swedish man nabbed in a drug-related case.

Springare, who was briefly investigated for possible hate crime incitement based on his post, managed to elucidate what Trump only hinted at during a Florida campaign speech – somewhat opaquely. …Last month, the police chief for the southern Swedish city of Malmo issued a desperate plea for help curtailing a plague of attempted murders, beatings and rapes. About 32 percent of Malmo’s occupants are migrants, although it is not clear what role migrants play in the crime wave.

“We cannot do it on our own,” Chief Stefan Sinteus wrote in an open letter about the “upward spiral of violence.”

And Sinteus is not merely dealing with typical crimes that any modern city would witness.

Malmo had 52 hand grenade attacks in 2016 alone, a jump from 48 attacks in 2015, according to figures provided by the Swedish Police Authority.

Nationwide, the terror threat level is at “elevated” and police believe at least 300 Swedish nationals have travelled to Syria and Iraq for jihadi training. On Feb. 11, a Swedish man and a Danish man were arrested in Turkey, suspected of plotting to carry out attacks in Europe. Tofik Saleh, a 38-year-old Swedish citizen of Iraqi origin, had been training with ISIS since 2014, officials said.

The left can’t respond to any of this. They thought they could just make snarky comments about everything in Sweden being A-OK to score cheap political points.

Sweden? Terror attack? What has he been smoking? Questions abound. https://t.co/XWgw8Fz7tj

While this may fly in Sweden where the media is totally dominated by the Bonnier family and far-left state-run broadcasters, it’s laughable to the rest of the world.

The fact of the matter is crime has exploded since they opened their borders in the 1960’s and they’re now the rape capital of the West. As with every other fake news media hoax, this latest one has backfired tremendously.

Incidentally, here’s a glace at what happened Friday.

– A group of children were robbed at a playground by a gang of four teenagers in Järfälla and Södertälje.

– A man was murdered by career criminals in Midsommarkransen.

– Three cars were set on fire in Gothenburg and Halmstad.

– There was an armed robbery at a Grocery store in Malmo where someone was beaten by a gang of 3-4 men.

None of the suspects are identified as migrants because Swedish police have been banned from identifying criminals based on race, but as we know from Peter Springare, almost all crime is committed by people named variants of “Mohammed.”