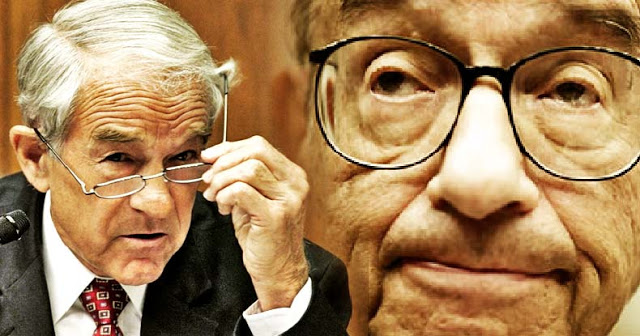 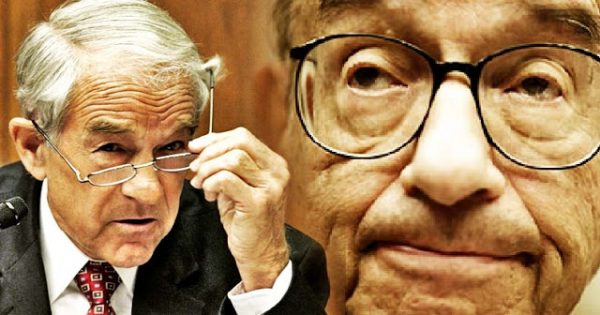 Former chairman of the Federal Reserve, Alan Greenspan, is a villain to some and a brilliant economist to others. Greenspan has often been blamed for the housing bubble of 2008 which burst, causing the greatest economic recession since the 1920’s. In a question and answer interview published in the February issue of the World Gold Council’s Gold Investor, Greenspan opined about the importance of gold as the world’s only real economic standard and admitted Ron Paul had been right all along.

The former chair of the federal reserve was asked about a term known as “stagflation.” That’s a condition wherein the economy is stagnant but prices are increasing. He was asked whether or not concerns over stagflation were legitimate or something no one should worry about.

Greenspan responded by saying the world is crying out for economic help by embracing populist movements like Brexit and Trump, but he legitimated concerns by others over stagflation by saying, “In the United States, the unemployment rate is below 5%, which has put upward pressure on wages and unit costs generally. Demand is picking up, as manifested by the recent marked, broad increase in the money supply, which is stoking inflationary pressures. To date, wage increases have largely been absorbed by employers, but, if costs are moving up, prices ultimately have to follow suit. If you impose inflation on stagnation, you get stagflation.”

After validating the potential occurrence of stagflation, he was then asked if there would be a renewed interest in gold. Greenspan replied, “Significant increases in inflation will ultimately increase the price of gold. Investment in gold now is insurance. I view gold as the primary global currency. It is the only currency, along with silver, that does not require a counterparty signature. Gold, however, has always been far more valuable per ounce than silver. No one refuses gold as payment to discharge an obligation. Credit instruments and fiat currency depend on the credit worthiness of a counterparty. Gold, along with silver, is one of the only currencies that has an intrinsic value. It has always been that way. No one questions its value, and it has always been a valuable commodity, first coined in Asia Minor in 600 BC.”

Greenspan then addressed what he sees as being the real cause for the 2008 recession of the U.S. economy. He intimated it was because the world turned away from gold as the standard by which economies could be measured. “But today, there is a widespread view that the 19th century gold standard didn’t work. I think that’s like wearing the wrong size shoes and saying the shoes are uncomfortable! It wasn’t the gold standard that failed; it was politics,” he said.

He pointed to the Bank of England’s failure in 1931 as evidence political policies adversely affect global economies. Greenspan even said if the world had not abandoned the gold standard, “we would not have reached the situation in which we now find ourselves. We cannot afford to spend on infrastructure in the way that we should.”

He said the United States needs to return to gold as the standard for its economy. “The US sorely needs it, and it would pay for itself eventually in the form of a better economic environment (infrastructure). But few of such benefits would be reflected in private cash flow to repay debt. Much such infrastructure would have to be funded with government debt. We are already in danger of seeing the ratio of federal debt to GDP edging toward triple digits. We would never have reached this position of extreme indebtedness were we on the gold standard, because the gold standard is a way of ensuring that fiscal policy never gets out of line.”

Zero Hedge called Greenspan’s final comments the most interesting, noting that he implicitly admitted Ron Paul was right all along. “When I was Chair of the Federal Reserve I used to testify before US Congressman Ron Paul, who was a very strong advocate of gold. We had some interesting discussions. I told him that US monetary policy tried to follow signals that a gold standard would have created. That is sound monetary policy even with a fiat currency. In that regard, I told him that even if we had gone back to the gold standard, policy would not have changed all that much.” Note Greenspan’s final comments conflict with his earlier statement that the U.S. would not be in the situation it currently finds itself had the gold standard been in place all along.

As The Free Thought Project has recently reported, the former Congressman, Paul, has stated an economic collapse is imminent and will occur under Donald Trump’s presidency. He has long been an advocate for Americans to protect themselves from the coming economic collapse by stocking up on gold and silver.

States are also moving back to the gold standard to fend off the inflation caused by the Federal Reserve. Arizona is the most recent state to pass a gold and silver bill to recognize these precious metals as actual money — dealing a blow to the Fed’s ability to steal value from its taxation.