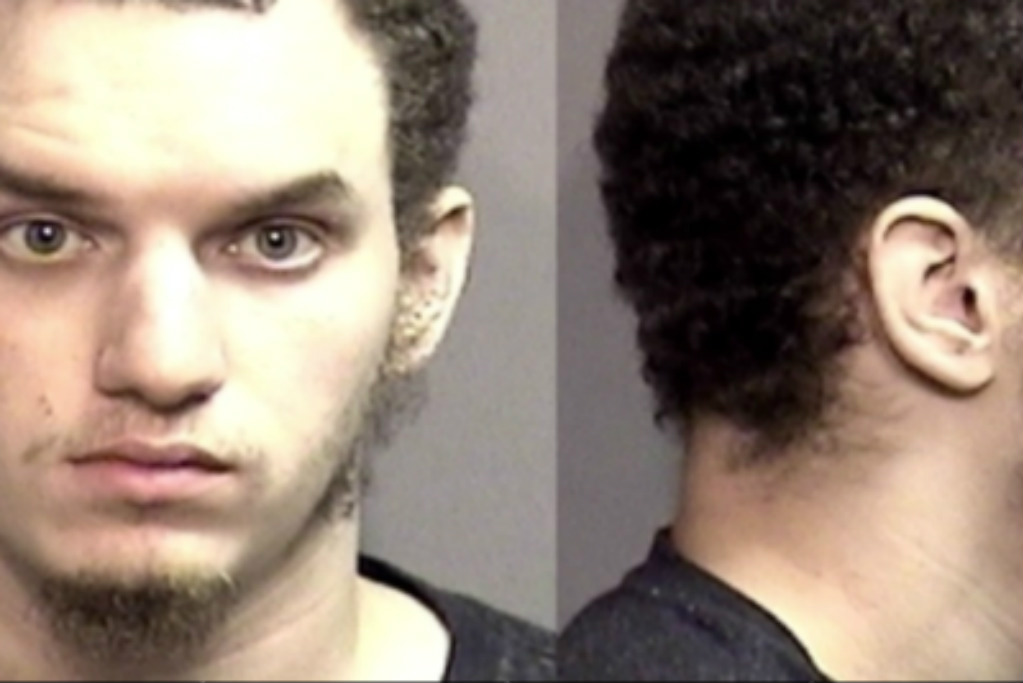 The devout Muslim plotted an Islamic State plan to cause mass casualties in an attack on U.S. soil “10 times more” devastating than the Boston Marathon bombing, this one targeting buses, trains, and a train station in Kansas City on Monday, February 20. Robert Lorenzo Hester, aka Ali Talib Muhammad, is said to have approved of the destruction and harm and reaffirmed his commitment to the attack.

During the investigation, Ali Talib Muhammad said “that the U.S. government should be ‘overthrown,’ and suggested ‘hitting’ the government ‘hard,’ while noting that it would not be ‘a one man job,’ ” prosecutors said. Hester identified categories of potential targets for attack, such as oil production facilities and Wall Street, and said he wanted a “global jihad.”

A Columbia man is accused of plotting a Presidents Day jihadist terrorist attack on buses, trains and a train station in Kansas City.

The charges were the culmination of a months-long FBI investigation during which Hester allegedly expressed his willingness to assist in what he believed was an Islamic State plan to cause mass casualties in an attack on U.S. soil.

During the investigation, undercover FBI employees posing as Islamic State operatives met with Hester on numerous occasions. At their request, he allegedly bought items that he believed were to be used in constructing bombs, including nails to cause maximum casualties.

He was arrested Friday after a final meeting with an undercover FBI employee he believed to be an Islamic State sympathizer, according to court documents.

An FBI employee told Hester that the attacks were planned for Presidents Day in Kansas City.

Hester allegedly predicted that Monday was “going to be a good day for Muslims worldwide” and that it felt “good to help strike back at the true terrorist.”

“First on social media, then during face-to-face meetings with an undercover FBI employee, this defendant repeatedly expressed his intent to engage in acts of violent jihad against the United States,” U.S. Attorney for the Western District of Missouri Tammy Dickinson said in a written statement. “He believed he was part of an ISIS-sponsored terrorist attack that would result in the deaths and injuries of many innocent victims,” she added, using a common acronym for the Islamic State.

Dickinson’s office announced the charges Tuesday after Hester made an initial appearance in federal court.

Officials said he was closely monitored by the FBI throughout the alleged plot. To ensure Hester didn’t actually carry out an attack, an undercover FBI employee threatened Hester’s family if he committed any violence outside what they were planning, according to court documents.

Hester is the married father of two small children, and his wife is pregnant with a third child. His wife declined to comment when reached by The Star by phone Tuesday.

Prosecutors said Hester is a Missouri-born American citizen. He joined the U.S. Army in 2012 and completed basic combat training, but during advanced training he was cited for violating numerous Army regulations and received a general discharge in mid-2013.

An Army spokeswoman said that general discharges are typically for “service members whose service is satisfactory, but involved situations where the soldier’s conduct and/or performance of duty were not so meritorious to warrant an honorable discharge.”

“Recipients of general discharges usually have engaged in minor misconduct or have received nonjudicial punishment under Article 15 of the Uniform Code of Military Justice,” the spokeswoman said.

The investigation into Hester began in August after the FBI received tips from multiple sources about social media posts in which he expressed his dislike of the United States and his adherence to radical Islamic theology, according to an affidavit filed in support of the criminal charges.

During the investigation, Hester allegedly said “that the U.S. government should be ‘overthrown,’ and suggested ‘hitting’ the government ‘hard,’ while noting that it would not be ‘a one man job,’ ” prosecutors said. Hester identified categories of potential targets for attack, such as oil production facilities and Wall Street, and said he wanted a “global jihad.”

His social media posts included pictures of weapons and the black flag used by the Islamic State, prosecutors said.

One Facebook page identified in court documents as belonging to Hester, under the alias Rami Talib, includes a photo of Hester and his two children. Hester’s own Facebook page shows photos of guns, posts about the Islamic State and articles questioning official accounts of attacks on police last year in Baton Rouge, La., and Dallas. One of the last updates visible on the page, from July 19, reads: “Need a break before I start breaking necks #fedup.”

The employee contacted Hester by private message two days after Hester reportedly had been released from jail after a domestic disturbance in Columbia during which he was armed with a 9 mm handgun.

During subsequent social media communications, the FBI employee arranged for a meeting between Hester and like-minded “brothers.”

During a meeting Jan. 31, the undercover employee provided Hester with a list of items to purchase, including 9-volt batteries, duct tape, copper wire and roofing nails.

The undercover employee told Hester the materials were needed “to make … things … to bring some kind of destruction.”

He also allegedly said “I can’t wait” when informed that what was being planned would “bring them to their knees.”

Hester reportedly bought the items as instructed, and the FBI employee told him they were planning something 10 times bigger than the Boston Marathon bombings in which “a lot” of people would be killed.

When asked if he wanted out of the plot, Hester said, “I’m down.”

During that meeting, the undercover employee showed Hester three AK-47-style rifles and two .45-caliber handguns. The undercover worker said they needed more ammunition, and Hester told him he could buy some after he received his tax refund.

The undercover employee also showed Hester a backpack, which contained pipes and fuse, stating, “These are bombs right here.”

On Thursday, an undercover FBI employee messaged Hester that the “party” they were planning would take place on Presidents Day in Kansas City. The next day, Hester met with a second undercover employee at a storage facility they were scouting. Hester was arrested.

At Tuesday’s court hearing, a judge ordered that Hester remain in custody pending a detention hearing scheduled for Friday.

Prosecutors filed notice Tuesday that they would oppose bond for Hester.

“The United States submits that there is clear and convincing evidence that there are no conditions which the court could place on the defendant’s release which would reasonably assure the defendant’s appearance in court and the safety of the community,” prosecutors stated.

No lawyer is listed for Hester in court records.