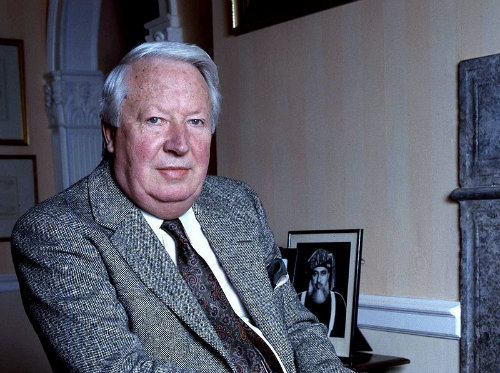 Over the past two years, multiple police forces in Britain have been investigating claims that Sir Edward Heath, a former Prime Minister who passed away in 2005, was a prolific pedophile. The investigations were sparked in response to the Jimmy Savile scandal, but so far there hasn’t been enough proof that Heath committed such terrible crimes.

At least, that’s what we’ve been told. An anonymous source told the Daily Mail that a police chief who investigated the alleged crimes has a radically different opinion. Wiltshire Chief Constable Mike Veale allegedly stated that the evidence is “totally convincing” and that he is “120%” convinced of the allegations.  Veale also believes that the crimes were covered up by the establishment, and is apparently planning to publish his findings in June.

So far 30 people have claimed that Heath raped them as children, including a friend of Jimmy Savile’s Nephew. The source alleges that “There are very close similarities in the accounts given by those who have come forward,” despite the fact that the accusers don’t know each other.

One of the reasons why it was widely believed that Heath didn’t commit these crimes, was that he didn’t know how to drive and didn’t own a car. He was driven everywhere by a police escort. The source however, says that the Wiltshire police have photographic evidence that this was not the case.

Heath’s Godson has since demanded that the police chief provide evidence of his “unjust remarks,” which were exchanged in a private conversation. Veale has condemned the source but hasn’t confirmed or denied saying anything that the source claims.