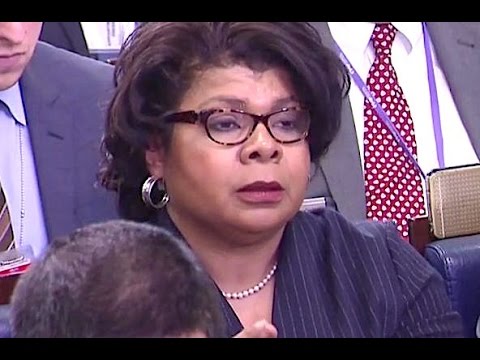 According to longtime White House correspondent April Ryan, President Donald Trump is a racist. She directed her comments at White House Press Secretary Sean Spicer. In the exchange Ryan says Trump made racist claims while still a candidate when he used the word “we” to describe Americans:

Ryan: When he was candidate Trump, he said things like, you know, “We made this country,” meaning white America, not necessarily black.

Spicer: I don’t know why you would say that. What do you mean?

Ryan is so dead set on her assessment of Trump’s racism that she followed up her supposed “facts” on Twitter with the actual quote President Trump used:

We cannot let our First Amendment rights be taken away from us from us. We can’t let it. We have the right to speak, we’re law-abiding people, we’re people that work very hard. We’re people who’ve built this country and made this country great. And we’re all together and we want to get along with everybody, but when they have organized, professionally staged wise guys, we’ve got to fight back, we’ve got to fight back.

It’s so obviously racist we’re surprised the mainstream media didn’t catch it the first time around.

So, basically, if you are a white person in April Ryan’s version of America, making any statement with the word “we” in it is now a racist micro-aggression.