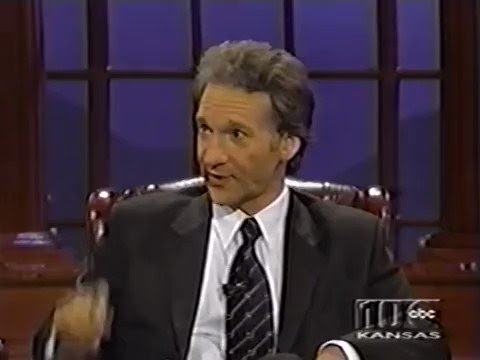 Barely hours after Bill Maher credited himself with the overnight downfall of Milo Yiannopoulos — which occurred due to revelations of his ill-received comments regarding pedophilia  — a video has surfaced of Maher condoning a sexual relationship between a female teacher in her thirties and a 12-year-old male student. The teacher, Mary Kay Letourneau, was impregnated twice by the student, Vili Fualaau, before she was jailed.

The video of Maher, taken from his former ABC program “Politically Incorrect”, resurfaced barely a week after Yiannopoulos was a guest on Maher’s show

“The teacher from Seattle is in jail because she is in love. That’s how I view it,” Maher said in the 19-year-old video clip.

Letourneau served more than seven years in jail for statutory rape before being released in 2004. The following year, she married Fualaau, and they raised their two daughters together.

“I admit that it’s unorthodox,” Maher continued. “She’s 35, the boy is 14. He was younger when they started. But she is pregnant again. That was the story this week. This is the second child by this boy. They are keeping the mother in jail because she won’t conform to what society feels should be the perfect American family.”

“The woman is over 20 years older, and she raped this kid,” Greig added.

“Raped? Come on,” Maher responded before adding, “How can a woman rape a man?”

Maher has stated in the past that he is against pedophilia, yet these comments clearly show a disturbing double standard in what Maher ultimately regards as pedophilia. Fualaau was not a “man” at the time of the incident. He was a child. A child not legally old enough to drink alcohol in the United States, smoke, drive a car, vote, watch certain movies, or get married, and the list goes on.

Regarding sexual crimes, Maher also reportedly once recounted a childhood incident on the school playground where one bully held him down and another struck him repeatedly in the face. Maher said that given the choice between that and “being jerked off by a pop star” (a reference to Michael Jackson and other accused celebrities), he would choose the latter.

Maher is no stranger to making scandalous comments. For example, in response to previous comments on Islam and the prophet Mohammad, Maher was once asked, “Do you think if you worked for NPR you would have been fired for saying that?”

However, given the nature of Maher’s comments on teacher-student relationships and the context in which they have now been brought into the limelight, it would constitute hypocrisy at its finest if Maher escaped judgment from comments condoning pedophilia. Both sides of the left and right appeared to take major issue with Yiannopoulos’ comments on pedophilia, forcing him to lose his job as senior editor at Breitbart and have his book deal with Simon & Schuster revoked. Maher ultimately decided to take credit for the backlash that Yiannopoulos received, yet may be set to receive a backlash of his own.

Maher once said he would not be going into politics, declaring Americans “would probably elect a pedophile before an atheist.” At first glance, this appeared to be an insult to the American public, but now we know that if Maher was referring to a female pedophile, this would hardly be an issue.