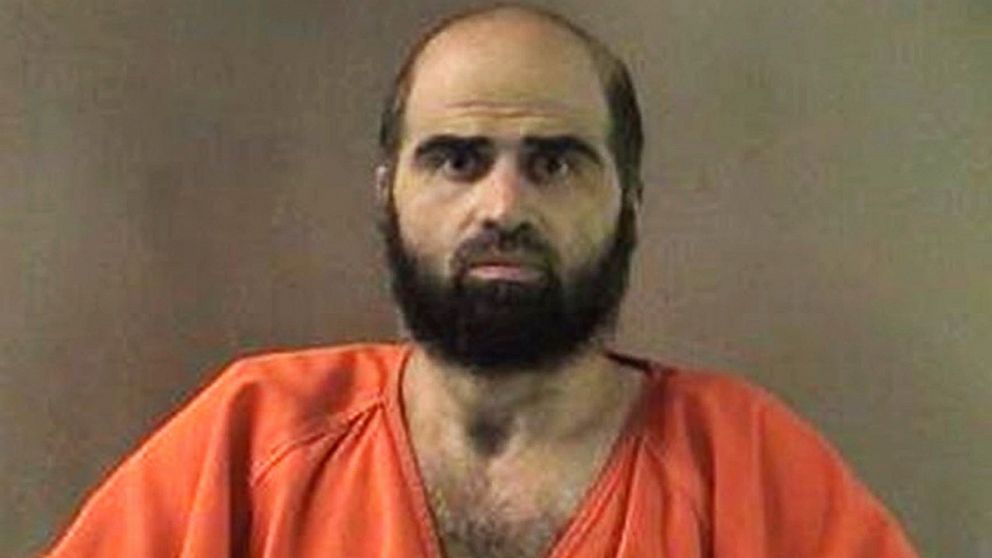 Nidal Malik Hasan, 46, an American-born Muslim of Palestinian heritage, is the former Army Medical Corps psychiatrist and jihadist who fatally shot 13 people and injured more than 30 others in the Fort Hood mass shooting on November 5, 2009, for which he was convicted in a court martial and sentenced to death. He is incarcerated and awaiting execution at Fort Leavenworth Disciplinary Barracks while his case is reviewed by appellate courts.

In letters to the National Enquirer, Hasan reveals he’s a homosexual transgender, and wants a sex change operation, on the taxpayer’s dime of course.

J.R. Taylor reports for The National Enquirer, Feb. 23, 2017, that in his letters, Hasan expressed no regrets for his shooting massacre. He said he was upset at the deployment of troops to Afghanistan and at a homosexual lover for ditching him.

According to The Enquirer, Hasan’s lover may have been an Islamic convert who worshiped at the Islamic Community of Greater Killeen that Hasan frequented. “Hasan claimed he was instructing the young man on Islam, but the rumor at the mosque was that he was in love with him,” an insider said.

In the letters, Hasan complained about his living conditions and his physical well-being from being shot five times by civilian police officer Sgt. Mark Todd who helped to end the Fort Hood carnage. Hasan whined that “I’m in solitary confinement. I’m also a paraplegic!”

Hasan also said he wants a sex-change operation: “I am trying slowly to change my ways into a woman who the Creator would be proud of. I’m trying to be a devout servant of God in an ungodly world. We need to do the best we can with the cards we’re dealt and what we did to ourselves.”

A military veteran told The Enquirer: “It’s quite ironic. He wants to be a woman — but it takes massive cojones to demand that taxpayers foot the bill!”