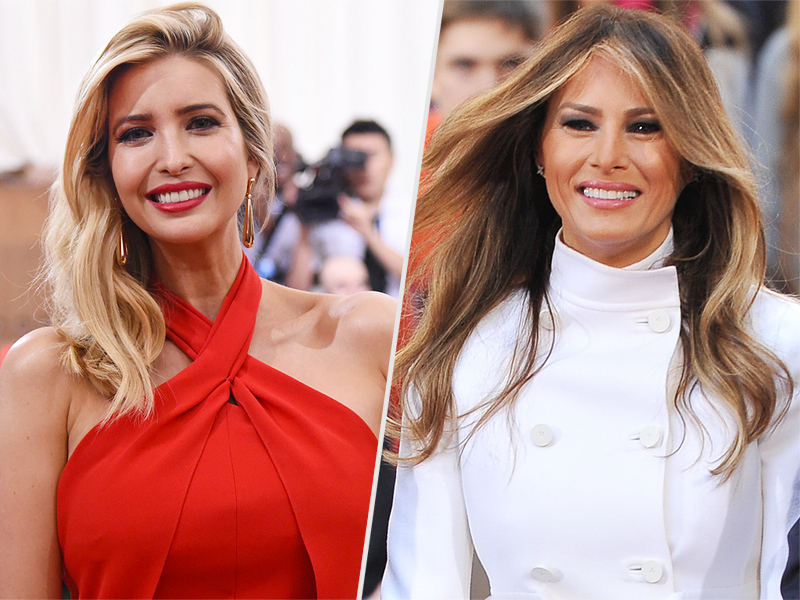 (INTELLIHUB) — Over the last year Donald Trump has increasingly attacked the lies and disinformation coming from corporate media giant CNN which has gone on a public crusade to attack the new president over literally every possible thing.

Now, a new hit piece by the liberal propaganda outlet has targeted both First Lady Melania Trump and First Daughter Ivanka Trump for being faux feminists, or, in other words, not being depressed and ugly enough.

Jill Filipovic, a supposed journalist and extreme leftist “feminist”, starts off her direct attack on both the minds and bodies of the Trump women by attacking President Trump for liking the fact that he was asked a question about his wife.

In liberal feminist land this is apparently a bad thing.

Observers of this White House may be wondering when, exactly, Mrs. Trump became a feminist advocate. Unless you count her general abdication of some archaic and deeply silly first lady duties — Mrs. Trump prefers her New York penthouse over the White House, prompting concerns she won’t adequately oversee flower arrangements and the annual Easter Egg roll — she isn’t exactly a feminist firebrand.

In framing her as an advocate for women’s rights when there is close to zero evidence she has ever actually advocated for women’s rights, Trump told us more about himself than he did about her: Women are good for photo ops, not for real positions of power.

The piece goes on to continually attack both Melania and Ivanka for perceived slights against the liberal feminist orthodoxy before ludicrously implying that if a women attacks the mainstream media then she isn’t a feminist.

You can’t make this insanity up folks.

Dig a little deeper, though, and both Melania and Ivanka don’t look so feminist after all; they look prototypically Trump.

At the rally President Trump held in Florida over the weekend, Melania said that as first lady, she would be supporting initiatives “dear to her heart” which would have an “impact on women and children all around the world”. But in the same rare public address, she borrowed some of her husband’s favorite language, describing the media as “the opposition.”

Whoops. You described the media as the opposition, you are no longer allowed in the liberal feminist club!

Filipovic continues her disgusting hit piece by attacking the women for making money, apparently signaling a new belief in liberal feminism that a woman having a business is an evil part of the patriarchy.

Eventually Filipovic gets to the heart of her deeply hard-left argument. Melania and Ivanka Trump can’t be feminists because they love their husbands, aren’t fat, and happen to be white.

Melania and Ivanka provide good cover for Trump’s misogyny because they’re palatable, conventionally feminine women: They’re docile and poised, they don’t make demands of men, and they are above all conventionally beautiful — white and thin.

This is the type of literal garbage that CNN continues to publish and the establishment wonders why Trump has repeatedly attacked them?!

To recap, CNN is now publishing vile attack pieces in which Ivanka and Melania Trump are attacked over being thin and white. This is what passes as journalism in the corporate media.