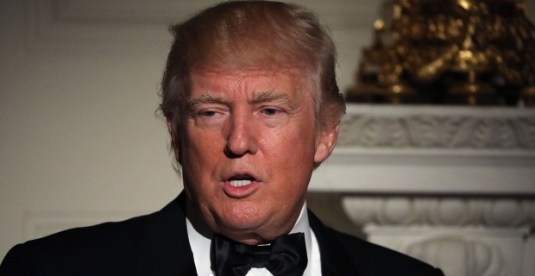 Rumors are swirling that anti-Trump Democrats will prompt Muslim and immigrant guests to boo and hiss during the President’s speech to Congress tomorrow.

Lawmakers usually get one guest ticket each for presidential addresses and numerous Democrats are reportedly planning to pack the crowd with immigrants (both legal and illegal) as well as Muslims angered by Trump’s travel ban.

However, the question of whether the guests will merely represent a symbolic rebuff to Trump’s policies, or if they will engage in actual heckling is being hotly debated.

According to DC Whispers, “It is rumored some of these guests will boo and hiss the president and that the media is already preparing to highlight those examples in its coverage of the prime-time address.”

Given the mainstream media’s obsession with hyping Republican Congressman being interrupted by protesters at town halls across the country, the anti-Trump press must be licking their lips at the prospect of immigrants becoming vocal during Trump’s prime time speech.

Any attempt to interrupt Trump during his presidential address will be abnormal but not totally unprecedented.

Back in September 2009, South Carolina Rep. Joe Wilson shouted “you lie!” during President Obama’s health care speech to Congress. Wilson was subsequently forced to apologize after members of both parties condemned the heckling.