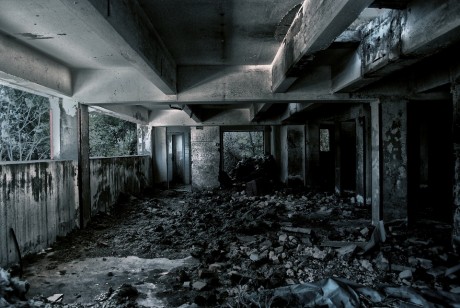 J.C. Penney and Family Christian Stores are the latest retail giants to announce widespread store closings. As you will see below, J.C. Penney plans to close between 130 and 140 stores, and Family Christian is closing all of their 240 stores. In recent months the stock market has been absolutely soaring, and so most people have simply assumed that the “real economy” must be doing well. But that is not the case at all. In fact, the retail apocalypse that I have been documenting for quite some time appears to be gaining momentum.

J.C. Penney is not in as rough shape as Sears is just yet, but it is definitely on a similar trajectory. In the end, they are both headed for bankruptcy. That is why it wasn’t too much of a surprise when J.C. Penney announced that they are getting rid of about 6,000 workers and closing at least 130 stores…

J.C. Penney (JCP) plans to close 130 to 140 stores and offer buyouts to 6,000 workers as the department-store industry sags in competition with online sellers and nimble niche retailers.

The company said Friday that it would shutter 13% to 14% of its locations and introduce new goods and services aimed at the shifting preferences of its customer base.

Meanwhile, many observers were quite surprised when Family Christian Stores decided to fold up shop for good. They were known as the largest Christian retailer on the entire planet, but now after 85 years they are going out of business forever…

Family Christian, which bills itself as the “world’s largest retailer of Christian-themed merchandise,” announced Thursday it is closing after 85 years.

The non-profit company, employing more than 3,000 people in 240 stores in 36 states, said in a brief statement that the retailer had been facing declining sales since filing for bankruptcy protection in 2015 and had no choice but to shut down.

Before their recent announcement, Sears was down to 1,503 stores, and now this latest round of cuts will leave them with somewhere around 1,350.

Of course it won’t be too long before Sears has zero stores, and my regular readers know that I have been talking about the demise of Sears for a very long time.

The cold, hard truth of the matter is that the “real economy” is a total mess, and that is one of the primary reasons why these ridiculous stock market valuations that we are seeing right now are not sustainable.

One expert that agrees with my assessment is former Reagan Administration White House Budget Director David Stockman. In a recent interview, he explained why he believes that “everything will grind to a halt” after March 15th…

Stockman, who wrote a book titled “Trumped” predicting a Trump victory in 2016, says, “I don’t think there is a snowball’s chance in the hot place that’s going to happen. This is delusional. This is the greatest suckers’ rally of all time. It is based on pure hopium and not any analysis at all as what it will take to push through a big tax cut. Donald Trump is in a trap. Today the debt is $20 trillion. It’s 106% of GDP. . . .Trump is inheriting a built-in deficit of $10 trillion over the next decade under current policies that are built in. Yet, he wants more defense spending, not less. He wants drastic sweeping tax cuts for corporations and individuals. He wants to spend more money on border security and law enforcement. He’s going to do more for the veterans. He wants this big trillion dollar infrastructure program. You put all that together and it’s madness. It doesn’t even begin to add up, and it won’t happen when you are struggling with the $10 trillion of debt that’s coming down the pike and the $20 trillion that’s already on the books.”

Then, Stockman drops this bomb and says:

“I think what people are missing is this date, March 15th2017. That’s the day that this debt ceiling holiday that Obama and Boehner put together right before the last election in October of 2015. That holiday expires. The debt ceiling will freeze in at $20 trillion. It will then be law. It will be a hard stop. The Treasury will have roughly $200 billion in cash. We are burning cash at a $75 billion a month rate. By summer, they will be out of cash. Then we will be in the mother of all debt ceiling crises. Everything will grind to a halt. I think we will have a government shutdown. There will not be Obama Care repeal and replace. There will be no tax cut. There will be no infrastructure stimulus. There will be just one giant fiscal bloodbath over a debt ceiling that has to be increased and no one wants to vote for.”

In that same interview, Stockman also predicted that “markets will easily correct by 20% and probably a lot more“, and he noted the glaring disconnect between current stock prices and how the U.S. economy is actually performing…

“The S&P 500 has been trading at 26 times earnings while earnings have been dropping for the past six or seven quarters. There is no booming recovery coming. There is going to be a recession and there will be no stimulus baton to bail it out. That is the new fact that neither Trump nor the Wall Street gamblers remotely understand.”

It is very difficult to argue with Stockman on this.

There are some people out there that seem to think that Donald Trump can miraculously turn the U.S. economy around just because he is Donald Trump.

It doesn’t work that way.

We are 20 trillion dollars in debt, and we are currently adding about a trillion dollars a year to that total. There is no possible way that Trump can cut taxes, increase military spending, build a border wall, spend much more on veterans and spend an extra trillion dollars on rebuilding our crumbling infrastructure.

We are flat broke as a nation and there simply is not money available to do everything that Donald Trump wants to do.

So we shall see what happens after March 15th.  Unfortunately, I happen to agree with Stockman that economic reality is about to come knocking and Trump and his supporters are about to get a very rude wake up call.