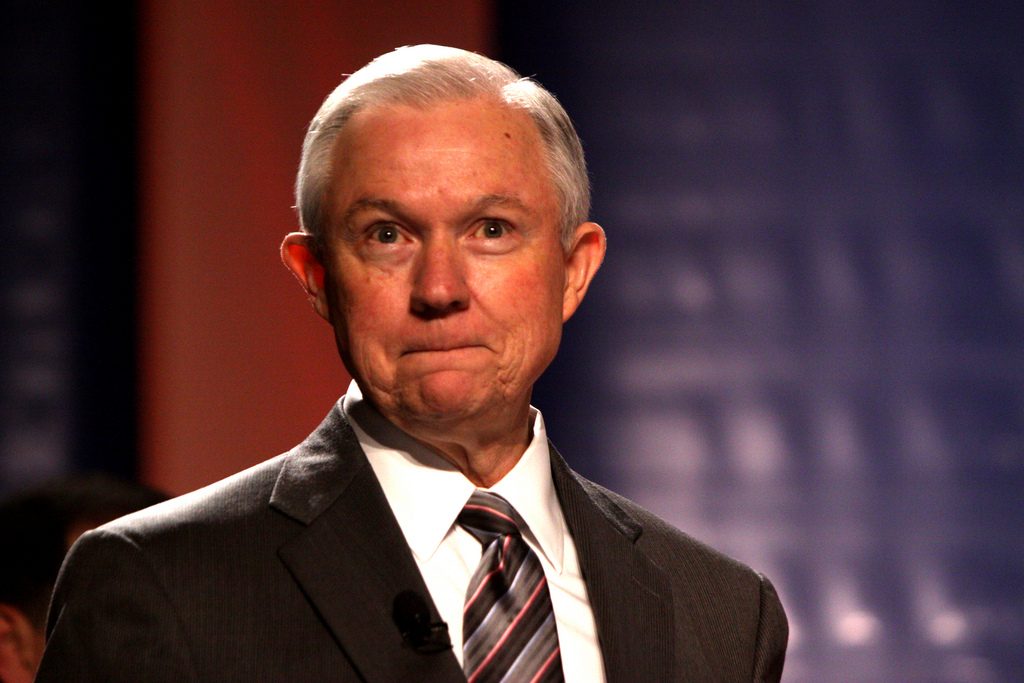 While Trump may claim he’s for states rights, Attorney General Jeff Sessions just pissed on the opinions of about 71% of Americans who do not believe the federal government should attempt to ram federal laws down the throats of states where voters have legalized marijuana.

After Press Secretary Sean Spicer essentially warned everyone last week that the Trump administration plans to crack down on states with recreational marijuana laws, AG Sessions backed that up on Monday with some bizarre statements that prove the guy actually believes Refer Madness was a documentary.

“Most of you probably know I don’t think America is going to be a better place when more people of all ages and particularly young people start smoking pot,” Sessions said during an exchange with reporters at the Justice Department. “I believe it’s an unhealthy practice and current levels of THC in marijuana are very high compared to what they were a few years ago.”

“We’re seeing real violence around that,” Sessions said. “Experts are telling me there’s more violence around marijuana than one would think and there’s big money involved.”

Nothing he said was backed up by any facts. While the country has changed and the science has changed, Sessions proved he has not changed his views on marijuana in over 30 years.

Not only does opioid addiction go down in states that legalize as has been verified by statistics, but if there is any “violence” around marijuana, it’s due entirely to the black market created by the phony drug war, not the actual drug itself, as pointed out by chairman of the drug policy reform group Marijuana Majority Tom Angell:

“By talking about marijuana and violence, the attorney general is inadvertently articulating the strongest argument that exists for legalization, which is that it allows regulated markets in a way that prohibition does not.”

But then again, that must be why Sessions also reversed the DOJ plan to phase out the for-profit prisons last week; they’re going to need somewhere to put all those non-violent drug offenders once the federal crackdown on a benign plant legalized in over half the country begins.