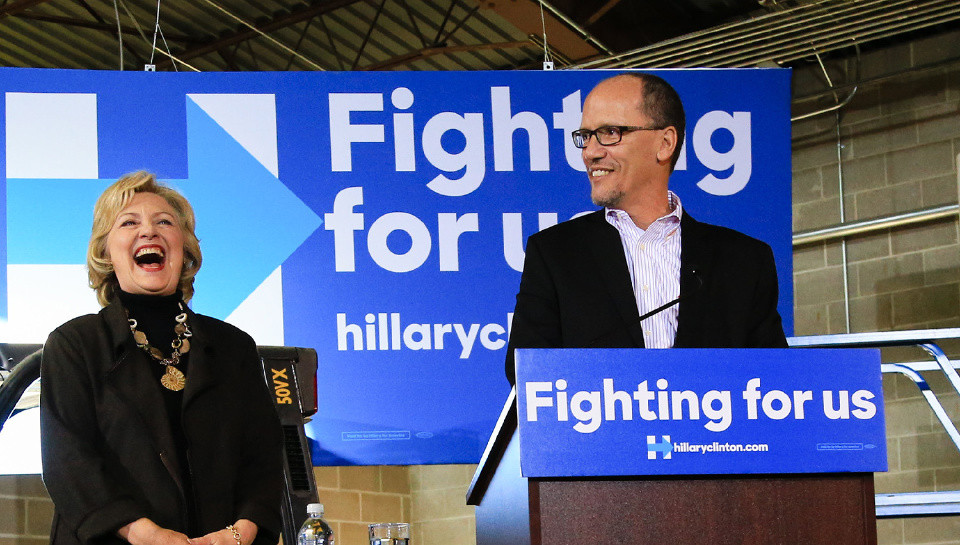 The new Democrat National Committee Chairman Thomas Perez said he would not rule out another presidential run in 2020 by Democrat loser Hillary Clinton.

Appearing on ABC, following being voted as the new chair of the DNC, Perez was asked about Clinton’s continued efforts to put her face out and speak politically. Perez did not say that she would not run. Rather, he said she could run if she wanted to.

“Everyone who wants to run should run,” he said of Clinton. “And, I’m confident we’re going to have a robust field of candidates.”

Perez was not really focused on Clinton nor the 2020 race during the interview. Instead, he spoke about a special election win in the Delaware State Senate on Saturday evening. And since that victory for Democrats could have resulted in a loss of power in the state’s upper chamber, Perez said that is the sort of races he will be most concerned about in the future.

“We need an every-ZIP-code strategy,” he said. “We need to redefine the role of the DNC so that we’re helping to elect people from the school board to the Senate.”

He also said he would be using Keith Ellison (aka. Hakim Muhammad) as a partner to advance the Democrat agenda.

Now, keep in mind that we have reported that Clinton is about to start her own TV show in preparation for another presidential bid. Additionally, she recently came out to promote resistance to President Donald Trump.

“The challenges we face as a party and a country are real,” she said. “So, now more than ever, we need to stay engaged in the field and online, reaching out to new voters, young people and everyone who wants a better, stronger and fairer America.”

“We, as Democrats, must move forward with courage, confidence and activism, and stay focused on the elections we must win this year and next,” Clinton added. “Let resistance plus persistence equal progress for our party and our country.”

I don’t think there is any question that Clinton is preparing for another run for the White House. It would basically make her the William Jennings Bryan

Now, what I want to know, among the many promises of President Donald Trump, the one that I have heard no mention of yet, is the appointment of a special prosecutor via Attorney General Jeff Sessions to investigate Clinton. Immediately after he was elected, Trump began walking that back and so did others in Washington, even though he claims she is “guilty as hell.”

If Trump would deal with Clinton and bring justice upon her, we would not have to be concerned with a run for the White House in 2020 by Clinton.