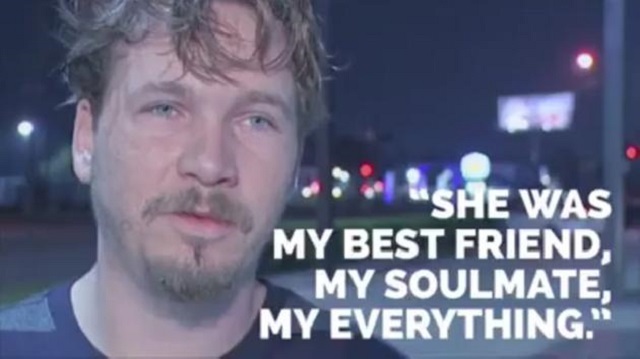 Two African-American teens went on a violent crime spree Monday in Houston which started with them carjacking a Jeep and crashing it into another SUV, then ended with them murdering a mother in front of her husband and two kids.

HOUSTON — Two small children were inside a vehicle as a mother was shot and killed during a violent crime spree in southwest Houston overnight, police said.

This tragic case all started around 9pm Monday when the driver of a green Jeep Commander was carjacked at West Bellfort and Kirkwood.

Police said two men sped off in the Jeep. A short time later, they got into a crash with a white Ford Explorer near a Walmart in Stafford.

The man driving the Explorer took off after the Jeep, which tried to flee the scene of the accident. Sitting next to that man was his wife, who was in her 30s.

Behind them sat two small children, an infant less than 6 months old and a 3-year-old, according to police.

Both vehicles ended up in a parking lot near Wilcrest and the Southwest Freeway. That is where the driver of the stolen Jeep got out and opened fire on the Explorer, investigators said.

Police say the woman in the passenger seat was shot in the back. Crews tried getting her help, but she died a short time later. Houston police identified the mother as 29-year-old Jessica Lynn Mills.

…”I didn’t even get to tell her goodbye or anything,” Mills’ husband, Edward Scott said. “I never thought in a million years I would lose her this way.”

Scott told KHOU that the bullets “barely missed” his daughters. Shaken and despondent as he remained at the crime scene after the shooting, the father told the station that his wife was “everything that I could hope for in life.”

“She was a mother,” he added. “She had two beautiful daughters that were 4 and 4 months old. So we need someone to help us catch them. She won’t be around to see them grow old — be able to have their first moments in life. So whatever the public can offer would be great to help out as much as they can.”

Police described the two suspects involved in the shooting as black males, between 16 and 20 years old. Sgt. B. Thomas with the Houston Police Department’s homicide division, told the Houston Chronicle that the individuals were “very young” and had forced the Jeep’s owner out of the vehicle minutes before they crashed into Scott’s family.

The violent crime rate in Houston jumped 8 percent in 2016.