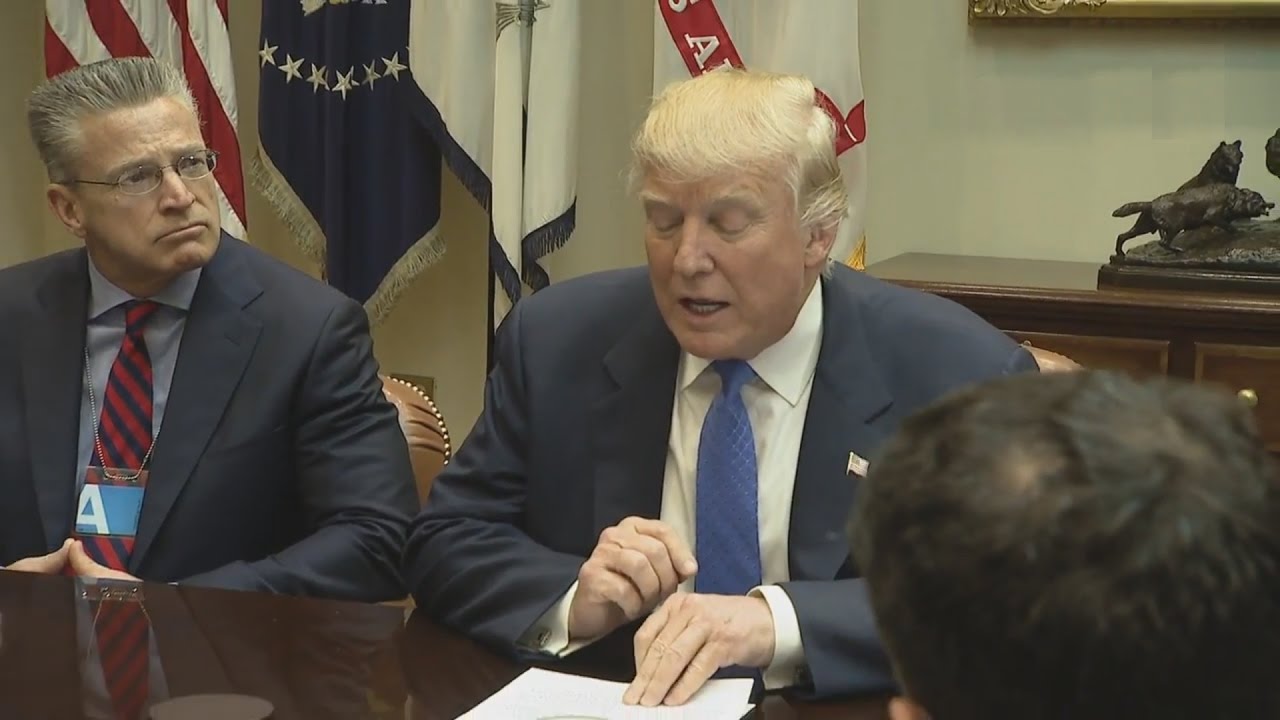 If there is one thing that’s consistent about Donald Trump, it’s that he is horribly inconsistent. Whether it be flip-flopping on states’ rights for cannabis laws or praising NATO after promising to leave it, where Trump stands on the issues is a crap shoot. That being said, however, there is one issue on which Trump has remained steadfast, it is bipartisan, and everyone should agree on it — it’s time to stop human trafficking. And a former Democrat congresswoman from Georgia agrees.

As corporate media writes off talk of ‘pizzagate’ as if it’s some tinfoil conspiracy theory that couldn’t possibly happen, recent busts of pedophilia rings are shattering their claims. In fact, after a massive bust in California, Los Angeles County Sheriff Jim McDonnell says the arrests represent a “very sad commentary on the condition we’re dealing with.”

However, it appears that Donald Trump has decided that he won’t be party to those who deny the horrid reality that is the child sex trade.

Trump held a press conference last week in which he detailed his plans to go after the victims of the “human trafficking epidemic,” as he explained.

In most of these recent busts, however, many of those arrested were simply willing adults seeking a mutually beneficial arrangement for sex with another willing adult.

These facts do not belittle the necessity to go after child traffickers. However, it does show how much money is squandered enforcing the government’s version of morality on society. The funds allocated to go after the voluntary sex trade could help to expose the real monsters behind human trafficking.

Let there be no doubt, those who engage in the child sex trade are society’s most vile — and many times, the most elite.

Former Congresswoman Cynthia McKinney also agrees with Trump. However, she takes it a step further, noting that going after child predators will lead to the downfall of both Republicans and Democrats — as this problem goes all the way to the top.

For those who don’t remember McKinney, she is the Congresswoman who bravely questioned the elite — on the house floor — about their role in the child trafficking industry.

As the Free Thought Project has pointed out, pedophilia among the elite is rampant. The problem has gotten so bad in England that officials issued an order last month to stop naming streets and landmarks after local heroes and politicians because they could later be exposed as pedophiles.

In December, we reported on the massive child sex ring that was blown apart in Norway. That investigation quickly led to arrests of, “51 people, all men, (who) are so far involved in the case. 24 of them come from Hordaland and Sogn og Fjordane. 26 come from other areas of Norway, from Southeast to Finnmark in the north. Among the accused offenders, there is also one Swedish national. Two politicians, one Labor politician from Oslo and a former national Progress Party (FrP) politician from Eastern Norway are involved in the case.” One is also a kindergarten teacher, and four of the 51 arrested were perpetrators in the video evidence collected.

Domestically, these higher level arrests are few and far between as anytime ‘the elite’ are mentioned alongside the term ‘pedophile’, the Praetorian guard, aka the corporate media, shout down all those who dare pose any questions.

When the victim, known only as ‘Individial A’, broke his silence, Hastert’s child rapes were exposed — resulting in the subsequent prosecution.

Individual A did not go public with this information — he merely spoke to the FBI after the transactions were uncovered by investigators. However, this sicko, couldn’t care less about airing this repugnant grievance in the public forum as it was almost entirely ignored by the media.

It appears, at least for the time being, that Donald Trump is aware of this problem and intends to take it head on. However, we will have to wait to see.