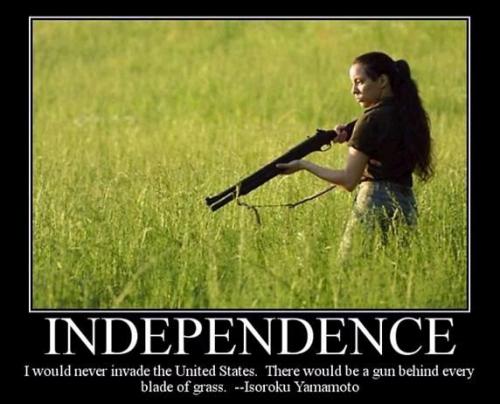 This news is sure to drive the gun control Left up the wall.

At least 11 states have passed laws allowing the concealed carry of guns without a permit, including Idaho, Maine, Mississippi, Missouri, Vermont, West Virginia, and most recently New Hampshire.

In Missouri, lawmakers last year overrode Gov. Jay Nixon’s (D) veto and passed a package of gun legislation that established a “stand your ground” law and allowed people to carry concealed handguns without a permit. Concealed-carry permits were no longer necessary in the state starting Jan. 1. The bill’s sponsor, state Sen. Brian Munzlinger (R), said: “The basis of this whole bill is that it allows law-abiding citizens to protect themselves and their families.”

A week ago, on February 22, New Hampshire Gov. Chris Sununu (R) signed a law that allows anyone who has purchased a licensed pistol or revolver to carry it, loaded or unloaded, on him or herself or in a vehicle. Sununu’s predecessor, Sen. Maggie Hassan (D), twice vetoed the legislation. Jeb Bradley (R), the majority leader of the state Senate, said, “We have historically allowed people to openly carry a pistol. I don’t see why you have to get a second permit if you’re a law-abiding citizen and legally entitled to own a gun.”

The New Hampshire law went into effect immediately. Previously, gun owners had to apply for a concealed-carry permit with the local police chief, who granted or denied the request. Bradley said that numerous people were unfairly denied permits, but police chiefs testified during hearings that few applications were turned down.

But the permitless concealed carry is opposed by some police chiefs:

Shannon Watts, founder of Moms Demand Action for Gun Sense in America, said the passage of such laws are an “anomaly” and occur in “legislatures that have been doing the NRA’s bidding.”

According to the National Conference of State Legislatures and the National Rifle Association (NRA), 16 states have introduced legislation this year to do the same, including Colorado, Indiana, Kentucky and Texas.

The legislation has been dubbed “permitless carry” or “constitutional carry,” as proponents believe that people have a constitutional right to carry a gun with as few restrictions as possible. Gun rights advocates see the laws as the next frontier in Second Amendment rights. Jennifer Baker, a spokeswoman for the NRA’s Institute for Legislative Action, said, “That’s kind of the next step in expanding law-abiding gun owners’ constitutional right to self-protection. It’s where a lot of states are moving.”

Nationwide, the legislation has been contentious and has failed in states that are traditional bastions of gun rights, with law enforcement members, politicians and gun proponents arguing that the bills go too far: