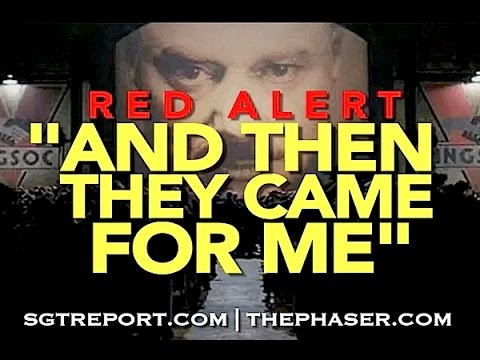 Within hours of the election of Donald Trump the mainstream media, their politico counterparts and social media operatives began spreading the narrative that the President was only elected as a result of the dissemination of fake news. The term itself became a rallying cry for everyone from major search engines to massive social media websites who said they would create fact checking teams within their organizations to ensure only legitimate news and information would be listed on their respective platforms. Soon, the leftist media began spreading lists, none of which were backed with any actual evidence, of supposed “fake news” purveyors and Russian propaganda websites. The lists included some of the most highly trafficked non-mainstream websites and aggregators around the world. As these Silicon Valley behemoths and popular news organizations mobilized, so too did mainstream advertising agencies, one of which quickly pulled advertising from the purported king of fake news, conservative leaning news organization Breitbart.com.

The battle was clearly on. And to this day, it continues in earnest. Legitimate news is being buried in feeds and search engine pages, while the effort to directly attack the revenue of alternative media websites continues to expand.

Several weeks ago Mike Adams of NaturalNews.com penned an alert in which he reported that a shadow organization had contacted him with an offer to either help them take down Infowars founder Alex Jones, or be destroyed. Adams, being a long-time proponent of free speech and liberty, took to the internet to expose them instead. Naturally, the skeptics laughed it all off as another conspiracy theory.

Except just days after Natural News posted the warning, Infowars was suddenly dropped by one of the world’s largest online advertising agencies, reportedly costing the network some $3 million in revenue. And within a week of that attack, the largest search engine in the world delisted some 140,000 NaturalNews.com pages from their search results.

While this may seem like no big deal for the average reader today, what these recent actions demonstrate is that a conglomerate of traditional news media, big business and political operatives are actively working to suppress the reporting of information that runs counter to the mainstream agenda.

First they come for the purveyors of truth and information that has remained hidden from the masses for decades. Next they will come for those who publicly discuss their views and and ideas on social media and other forums. And while you may not fall into any of these two categories, make no mistake, as SGT Report warns in the following must-watch report, one day they will come for you, too.

As of this morning Google has reinstated NaturalNews.com, though the original reasons provided by Google, which claimed this was a technical issue involving a small number of outdated pages on the website, were unable to be duplicated by numerous well known SEO websites and cyber sleuths. Curiously, as Health Ranger Mike Adams notes in his statement on the censroship, the very same technical issues actively exist on mainstream websites like CNN and Huffington Post, though their pages have yet to be delisted in the same manner as Natural News.

Based on the evidence, we are hard pressed to find any legitimate reason for why Mike Adams’ 140,000 pages would have been delisted, save for the fact that this was a direct attack against his alternative viewpoints on health, politics and a number of other issues. And though Google as an organization may not have been fully aware of the reasons behind the delisting, someone had to push the button. That the button push came just days after the aforementioned warning Mike received to either play ball or be destroyed is highly suspicious.

There is a concerted effort to shut down views and ideas that run counter to the status quo. Today it has come in the form of silencing the most vocal critics. Tomorrow, they may try to silence you.

Mike Adams discusses the delisting and reinstatement of his website on The Common Sense Show: