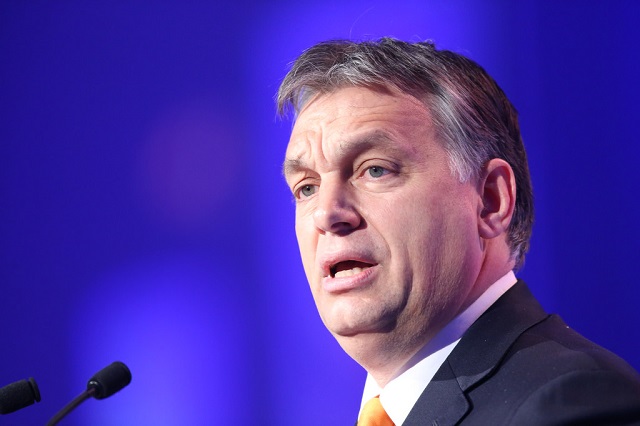 According to Hungary’s Prime Minister Viktor Orban, whose country is experiencing record-low unemployment, “ethnic homogeneity” and not “diversity” is a source of economic strength.

Hungary’s Prime Minister Viktor Orban reiterated his misgivings about ethnic and religious diversity in a strongly-worded speech before Hungarian business leaders on Tuesday.

Speaking before the Hungarian Chamber of Commerce and Industry in Budapest, Orban said that “ethnic homogeneity” was key in fostering economic success and that “too much mixing causes trouble.”

Hungary currently enjoys a record-low unemployment rate in the European Union of just four percent. However, it is facing an acute shortage of labor, with many employers complaining that they are struggling to fill positions. The Prime Minister, however, vocally spoke out against importing labor to solve the shortages. Boosting competitiveness, he said, was not the way to bolster economic growth and “enhance the value” of the “homeland.”

Hungary’s government “cannot risk changing the fundamental ethnic character of the country,” he said. “That would not enhance the value of the country but downgrade it instead, and toss it into chaos.”

An admirer of US President Donald Trump, Orban has been a vehement critic of the EU’s migrant quota policy, calling the wave of mainly Muslim migrants arriving in Europe from war-torn Middle Eastern countries a threat to the continent’s cultural and religious heritage.

The country has introduced strict refugee laws and, on Monday, the government announced it was building a second line of barbed-wire fencing along its border with Serbia to keep out migrants. Hungary was part of the main overland route for refugees travelling towards western Europe, although very few migrants intended on settling in the country.

Monday’s announcement spurred a chorus of outcry from rights groups and EU members, while the European Parliament has pledged to review the state of fundamental human rights and democracy in Hungary.

While every tiny group of indigenous people living in the Amazon rain forest and elsewhere is worth preserving, trying to preserve Europeans is a violation of “fundamental human rights.”