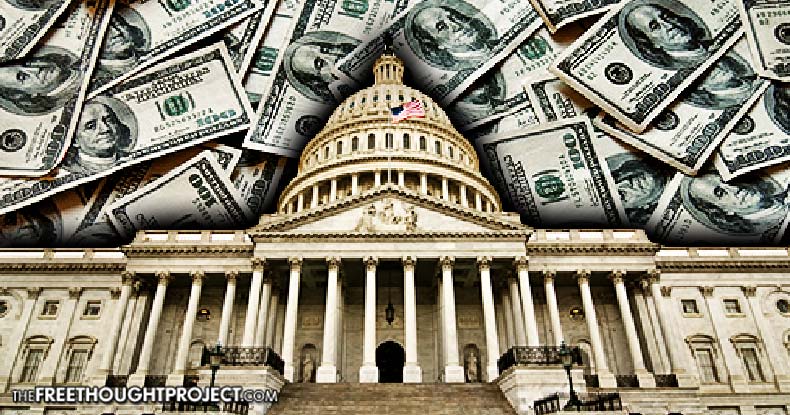 When a bank is found guilty of doing business in countries where they’re not supposed to be, and when the same bank is found guilty of helping drug cartels launder money, shouldn’t the public have a right to know about the banks’ efforts at correcting such actions? That’s the question being raised with respect to HSBC’s 1.92 billion dollar settlement with the U.S. and oral arguments are taking place in federal court this week on whether or not the compliance report should stay sealed.

The bank lost in court in 2012 when it was discovered they had business dealings in, “Cuba, Iran, Libya, Sudan and Burma, racking up violations of the Bank Secrecy Act, the International Emergency Economic Powers Act and the Trading With the Enemy Act,” according to CNS. The bank’s executives, who knew full well what the bank was doing, were given deferred prosecution agreements, so long as the bank, going forward, would reform its business practices and comply with the law.

“HSBC admitted to violating U.S. sanctions laws and failing to stop Mexican and Colombian cartels from laundering hundreds of millions of dollars in drug proceeds through the bank,” but now is fighting to keep the contents of the compliance report a secret. And the bank is getting help from what should be considered the most unlikely of sources, the Department of Justice. Yes. That’s right. The same justice department which prosecuted HSBC and won, is now seeking to keep the progress, or lack thereof, in complying with the law, a secret.

One lone ranger, a mortgage holder with HSBC, is fighting to make the compliance report public. Hubert Dean Moore believes HSBC’s progress with complying with the law should be a matter of public record and is arguing his case this week in Manhattan, NY. The DOJ’s lawyer, Jenny Ellickson, argued for the government on Wednesday saying Gleeson shouldn’t’ be involved in the proceedings. She argued that releasing the report would make it harder for the federal government to enforce the deferred prosecution agreement adding that doing so would mean that HSBC would be less likely to cooperate going forward. “The importance of the monitor’s confidential sources is critical here,” she said according to the New York Post.

Circuit Judge Gerard Lynch, one of the judges on the panel, expressed skepticism of that argument, saying that sources were most likely to suffer retaliation from HSBC, which received the monitor’s reports anyway. Paul Clement, representing HSBC, said it would not be fair to the bank to have the report released, when the original agreement called for reports to be confidential. David Schulz, who represents Moore pro bono, said it was prosecutors, not Gleeson, who had overreached. When Lynch pressed him to explain what gave Gleeson the power to order the report’s release, Schulz cited his ‘inherent supervisory powers’ over the case.

For the moment the report will remain confidential, as judges continue to hear arguments both for and against releasing the compliance report’s findings. The federal government’s own lawyers are helping to keep it that way, and the bank is more than happy to keep their movements in complying or not complying with the settlement, a continued secret.

Discovering HSBC engaged in illegal business dealings is almost as shocking as the slap on the wrist settlement it was given. According to one estimate, the 1.92 billion dollar figure amounts to five days worth of business earnings by the bank. Even more surprising may be the fact that not one person has spent any time in jail or prison over dealing directly with drug cartels and rogue governments leading many to question what would happen to an individual caught doing the same things. Are banks who are “too big to fail” also too big to prosecute?

Moore’s attorney, David Schulz said, “The appellants in this case try to argue that this is judicial overreach into a realm that’s exclusively left to prosecutors, and the fact is, just the opposite is true…What is going on here is not judicial overreach. It’s prosecutorial, executive branch overreach.”

Schulz wrote in his legal brief to the court, “Disclosing the report serves the important interest of informing the public about any substantive reforms actually being made by HSBC, and is needed for meaningful analysis of the propriety of the government’s decision to enter into the DPA (Deferred Prosecution Agreement),” with HSBC.

In a nutshell, HSBC was found guilty of some pretty nasty business dealings. The good old boy Wall Street network and its cozy relationship with the federal government likely resulted in a drop in the bucket type of settlement with the government, and deferred prosecution (some might say immunity) was given to its executives. And now, precisely how HSBC has shaped up its dealings is being kept from the American people, by our own Justice Department. And we call this ‘justice’ in the land of the free.

America Mourns The Slaughter Of Twenty-One Innocents, While Inconsiderate Make It Political
The Lid