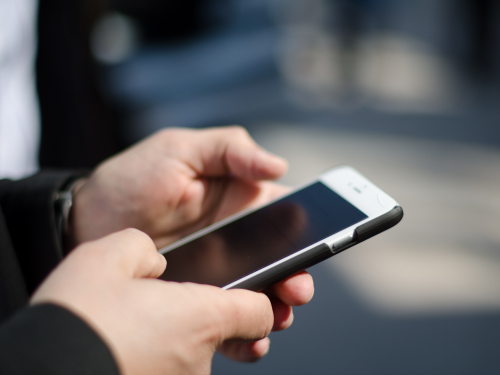 But the cell phone companies aren’t alone. The government also refuses to talk aboutthe dangers of cell phones while quietly admitting that there may be a problem. In fact, it was recently found that the California Department of Public Health had hidden a document drafted years ago, that contained concerns about cellphone radiation from health officials.

It was released this week after Joel Moskowitz, who is the director of the Center for Family and Community Health at UC Berkeley, sued the state in order to have the document published. Though the document is dated April 2014, Moskowitz says that it was actually created seven years ago and periodically updated from time to time. The document has “Draft and Not for Public Release” stamped across the pages.

The document says that cell phone use may increase brain cancer risks, and that “cellphone EMFs can affect nearby cells and tissues.” It also recommends keeping the cell phone away from your body by using headsets and texting, and turning the phone off when it’s in your pocket. The document warns that cell phone radiation “can pass deeper into a child’s brain than an adult’s,” and recommends that parents limit their children’s use of cell phones. Why the Department of Public Health has hidden this document is a mystery.