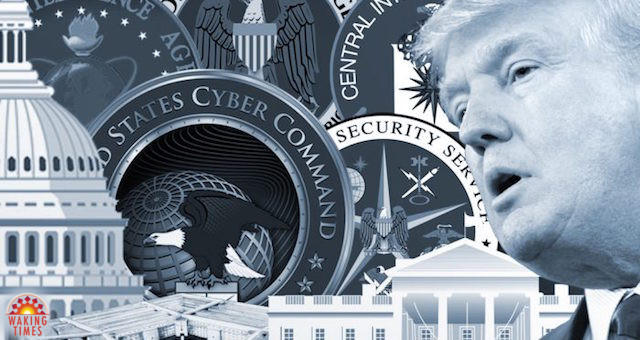 David Robert Steele has a few ideas about how to dissolve the two-party tyranny that has taken over our country. If you haven’t heard of the ex-CIA activist yet, he once ran for president on a platform of electoral reform, a balanced budget, an end to all taxes aside from an automated payment transaction, and full employment for all Americans.

Steele also believes in a “debt jubilee,” or debt reconciliation, and that Wall Street should start paying for America, instead of America paying for Wall Street.

Steele calls Trump an “accidental” president in a memorandum which he shared, that has since gone viral. In this memo he says, “Get a grip, I voted for you, but only 27 percent of the eligible voters of this country voted for you.”

Steele additionally gives many sturdy warnings to the New Yorker to try to shed light on the likely reality that the Republican party will be destroyed by the latest pedophilia scandals, in the same manner that the Democratic party was destroyed by Hillary Clinton’s Wiki-leaked revelations, and DNC criminal activities including fraud.

Though shocking to some, Steele argues that Trump could live to be as great or greater as a president than John F. Kennedy, yet live to talk about it.

Thus far, however, Steele, a former CIA operative, sees Trump as a stooge. He states that an American Spring awaits us in the U.S. if Trump doesn’t take immediate action, and if Americans don’t act in unity, forgetting our partisan programming. The funding of violent activism by George Soros, and his supporters will be the undoing of not only Trump’s presidency, Steele warns, but of the country. He states that Soros and individuals placed in power like him are well versed in running race, gender and color riots throughout Eastern Europe. It would be easy for them to do the same here.

Moreover, the nine powerful representatives of Goldman Sachs (a banking family of the Federal Reserve Cartel) have a singular goal – which is to prevent Trump from taxing Wall Street. Any attempts by Trump to cozy up to these people will end fruitlessly, and possibly violently.

This act of unity, Steele says, is what will take down the Deep State, and effectively oppose Soros, and the two-party system.

What unity act is Steele speaking of? He wants Trump to gain solidarity from the American people by making massive electoral reform.

He urges Trump to be aware that he is under attack on 3 fronts:

There are four things you can do to be the greatest President in modern history.

Steele has created a White House Petition, which he states needs 100,000 votes by March 26, since there is evidence that someone has been tampering with his memo to Trump. The petition aims only to have a meeting with Trump in order to advise him.


Nathaniel Mauka is a researcher of the dark side of government and exopolitics, and a staff writer for Waking Times.