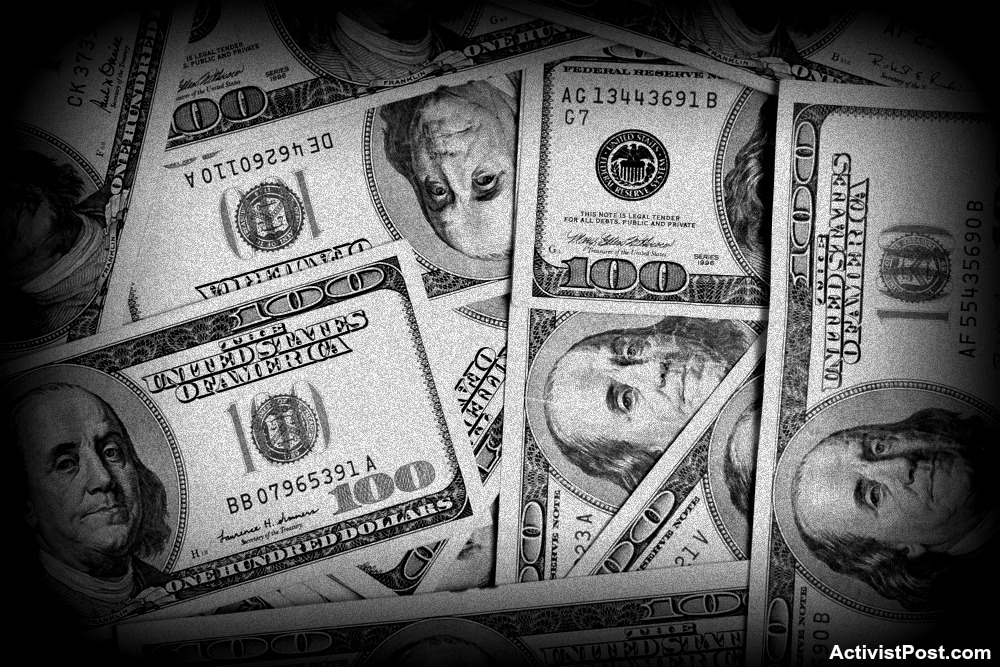 In 2012, HSBC, one of the world’s largest banks, settled with the U.S. Government, avoiding criminal prosecution of its executives, for helping to launder money for Mexican drug cartels as well as Al Qaeda. According to the US Senate’s report, which investigated the matter, HSBC provided a “gateway for terrorists to gain access to U.S. dollars and the U.S. financial system.”

Loretta Lynch, while serving as the U.S. District Attorney in NY said HSBC engaged in a, “sustained and systemic failure to guard against the corruption of our financial system by drug traffickers and other criminals and for evading U.S. sanctions law.” As a result of the criminal charges for money laundering and admitted guilt in four counts against the global banking firm.

“HSBC has agreed to forfeit 1.256 billion dollars, the largest forfeiture amount ever by a financial institution for a compliance failure,” Lynch stated. At the time of the charges and the agreed upon resolution, HSBC Group Chief Executive Officer, Stuart Gulliver, said in a statement, “We accept responsibility for our past mistakes. We have said we are profoundly sorry for them.” He also promised that the bank had taken, “extensive and concerted steps to put in place the highest standards for the future.” But that was then. This is now.

Just this week, as The Free Thought Project reported, the bank is now working with the Justice Department to keep those “concerted steps” a closely guarded secret. The bank and the DOJ want the compliance report, which has already been compiled, to be kept a secret much like a criminal’s parole meetings are guarded. But while the bank may prove ultimately successful in keeping its post-settlement behaviors under wraps, the entire ordeal seems to have taken a toll on the bank’s bottom line.

Comparatively speaking, 2016 was a terrible year for HSBC. The bank reported a 2.48 billion dollar profit, down 82 percent from the previous year’s earnings of 13.52 billion. The bank cited various reasons for its losses. In a statement to the Hong Kong stock exchange, HSBC chairman Douglas Flint said, “We highlight the threat of populism impacting policy choices in upcoming European elections, possible protectionist measures from the new US administration impacting global trade, uncertainties facing the UK and the EU as they enter Brexit negotiations.”

Blaming both Brexit and the populist election of Donald Trump (implied) may serve to abate the fears of the bank’s investors for the moment, and may serve to illustrate just who stands to gain should the UK remain in the European Union, but it does not resolve the scandals with which the bank has previously been embroiled. The far more plausible reason for this megabank’s demise is the fact that the people — who have the real power — have voted with their dollars and decided to bank elsewhere.

Since the bank was forced to pay well over a billion dollars in fees to the U.S. government, the financial institution has suffered some hard times. However, the small penalty was trivial compared to the bank’s previous profit windfall. Now, however, the bank announced it would be ending nearly 50,000 jobs worldwide and relocating 1,000 of its employees from the UK to France in a move to continue to generate revenue in the event Brexit officially takes place. Also, last year, The EU Commission fined HSBC and other banks for their part in price fixing the Euro, an action which involved, yet again, a criminal cartel.

So, putting things into perspective, one of the largest banks in the world was found guilty of laundering money for drug cartels responsible for political assassinations, beheadings, and pumping the American landscape with a continuous flow of illegal drugs, arms, and money — and not one single bank executive went to jail. Then, after they’re found guilty of doing the same thing in Europe, again, no one went to jail. We tend to believe that is called executive privilege, and in other words, corruption. The good news is that it appears the people are refusing to finance it any longer.

But in contrast to the high crimes and misdemeanors of rich bank executives, an Idaho mom, as TFTP reported, gave a tablespoon of marijuana butter to her daughter who’d suffered from intractable seizures. For the simple action of giving a life-saving natural medicine to her daughter, which didn’t involve aiding and abetting the enemy (which HSBC was charged with) she had her children taken away from her, and was arrested. Sadly, this is what ‘justice’ has become in the ostensible Land of the Free.

It’s high time we stop relying on the ruling elite to hold each other accountable — as this never happens. You have the power, you control who you fund with your own money. As Matthew Cooke explains below, the banks are nothing without your money.