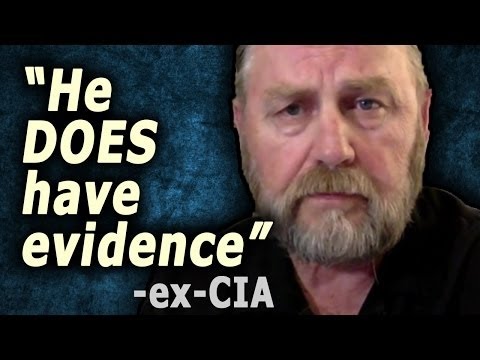 Former CIA analyst Larry C. Johnson says that according to his sources, the Obama administration worked with the NSA, the CIA and Britain’s GCHQ to disseminate information about Donald Trump that was illegally obtained via surveillance before the election.

Johnson joined the CIA in 1985 and was later promoted to become Senior Regional Analyst for Central America before moving on to work for the State Department.

The former CIA analyst told RT that the controversy was a “huge deal” and that Trump’s only real mistake was to call it a “wiretap” which was “technically inaccurate” and that those who have denied the charges on behalf of Obama are using semantics to fool the public.

“I understand from very good friends that both Jim Clapper and John Brennan at CIA were intimately involved in trying to derail the candidacy of Donald Trump, that there was some collusion overseas with Britain’s own GHCQ,” explained Johnson, adding that information on Trump gathered by GCHQ was passed to Brennan and illegally disseminated within the Obama administration with the green light coming from Obama himself.

“Donald Trump is in essence correct that the intelligence agencies and some in the law enforcement community on the side of the FBI were in fact illegally trying to access, monitor his communications with his aides and with other people – all of this with an end of trying to destroy and discredit his presidency,” said Johnson, noting that the head of the NSA, Admiral Michael Rogers, visited Trump shortly after his victory, prompting Clapper and others to call for Rogers to be fired.

According to Johnson, Rogers visited Trump Tower in order to “cover himself” because he knew the NSA had been used to spy on Trump.

“There is a genuine effort to take out and defeat Donald Trump even in the aftermath of his election,” said Johnson, calling for the senior executives behind the plot within the NSA and CIA to be fired.

According to the former CIA analyst, there is a “coordinated, organized effort” on behalf of Obama and his allies to sabotage Trump, and some within that camp even thought they could prevent him from taking the oath of office by releasing the infamous “pissgate” dossier.

“What they’re doing I think would fall under the definition of sedition,” he added.

Johnson went on to opine that there was “no evidence” that Russia meddled in the U.S. election.

Over the weekend, former Director of National Intelligence Clapper went public to assert that the Obama administration was not involved in any effort to spy on Donald Trump.

Some pointed out the irony of the mainstream media affording credibility to Clapper’s statements given that he lied under oath about domestic surveillance during his 2013 testimony in front of Congress.