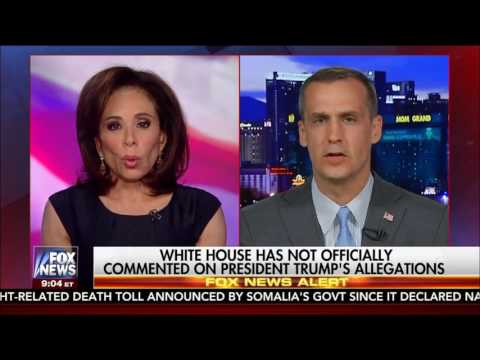 We are beginning to see the depth and breadth of Obama’s dictatorial treachery.

The scope of the Obama bugging of his perceived political enemies is massive.

Lewandowski: What we’ve seen from the previous administration is that they did spend time listening to conversations between then Senator Jeff Sessions and the ambassador to Russia while he was in his US Senate office. if that were to take place which supposedly did take place, what other conversations did they listen in on?

Judge Jeanine: Whoa, you’re saying they were listening to conversations between then Senator Sessions and the Russian Ambassador Kislyak or are you talking about Mike Flynn and Kislyak?