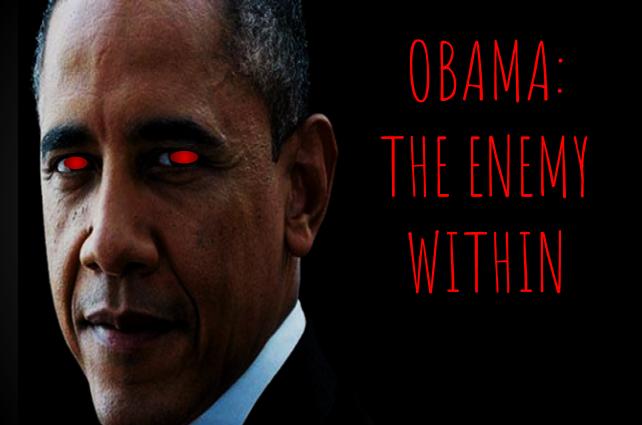 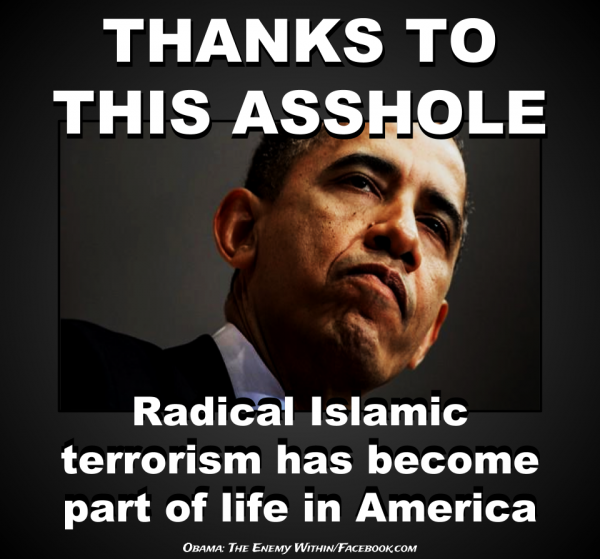 Let me begin this by stating I was not a Trump supporter. For valid reasons as a critical thinking, Independent Conservative applying due diligence to my responsibility as a voter, there simply was no way I could take the candidacy of Donald Trump for president of the United States seriously. Or without a good measure of suspicion. Given Trump’s own documented history spanning decades of his having made donations to many of the most contemptible, sordid and seditious Democrats known in American politics today (including his Democrat rival in the election, Hillary Clinton), I could not, in good conscience, ignore my suspicions enough for the sake of embracing the epidemic of mass populism to jump on board the Trump train.

If anything, as the 2016 election cycle became a deteriorating parade of surreal spectacles and controversies, I’d become increasingly convinced the only reason Trump had gotten in the race to begin with was to help Hillary gain the White House.

Then Donald Trump managed to do what many thought inconceivable.

And the gates of Left-Wing hell were thrown open wide. 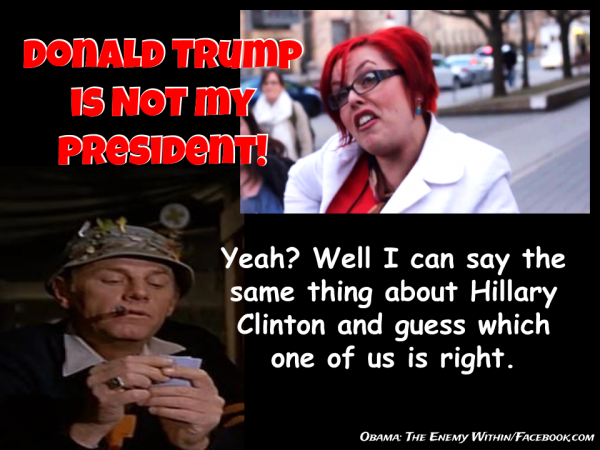 Unlike many who’ve expressed a broad range of unhinged and violent reactions, I viewed Trump’s election victory with a shrug and thought, “Cool. At least it wasn’t Hillary.” Trump had proved my initial suspicion that he was only in it to help Hillary win it wrong. I could definitely handle that. After 8 dismal, devastating, scandal ridden years of Barack Hussein Obama, I could respect and accept too the fact that Donald J. Trump was now our duly elected 45th president of the United States with imperturbable aplomb. I will support, praise and defend Trump for doing the right things, but I also will not hesitate to criticize or call him out if he strays off his promised path of putting America first. 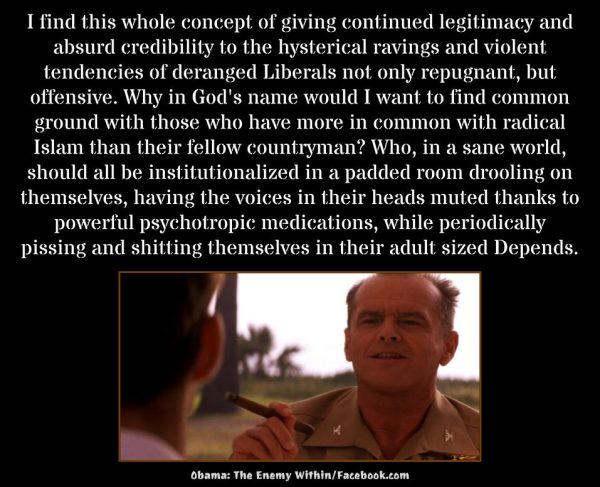 Which brings me now to the subsequent cascading emotional meltdown of the Left in the wake of seeing the hopes and aspirations they’d invested in Hillary Clinton’s campaign completely crushed. I’d be a dirty liar if I said I didn’t relish and savor their displays of visceral anguish, but there’s also the arrogance of Democrat politicians hypocrisy that (after their defending and supporting 8 years of Barack Obama’s relentless serial assaults on our country and the rule of law) is really pissing me off. 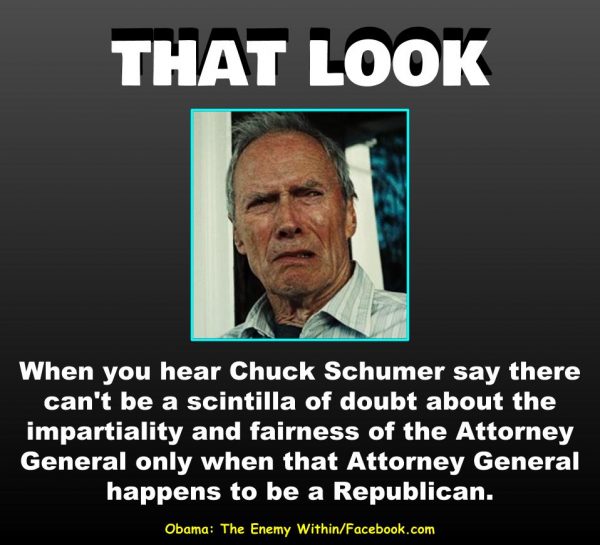 Listening to Chuck Schumer in his recent attack against Attorney General Jeff Sessions and his feeble call for Sessions resignation amidst Democrats ceaseless caterwauls of Trump’s campaign having coordinated with Russian officials to hack the 2016 elections (despite the lack of evidence to substantiate any of their claims with), saying, “There can’t be a scintilla of doubt about the impartiality and fairness of the Attorney General, the top law enforcement official of the land.”, was enough to make me wanna puke after the last 2 contemptible Attorney Generals Obama and his Democrat Party gave us.

Who can forget Eric Holder being held in contempt by Congress back in 2012 for his own obstruction of justice into lawmakers investigations of Fast and Furious and Obama stepping in to exert Executive Privilege to protect his malfeasant Attorney General. Fast and Furious being the illegal gun running operation overseen by Holder’s Department of Justice to Mexican drug cartels that resulted in the highly publicized murders of both Border Patrol Agent Brian Terry as well as hundreds of Mexican civilians gunned down in their own country by said drug cartels.

Then in Obama’s 2nd term we had Holder’s successor, Loretta Lynch (just think Eric Holder in a skirt) who you might recall Obama had sent out the very next day following the massacre of 14 Americans in San Bernardino, California by 2 Muslim terrorists suggesting the implied threat of prosecuting any Americans who criticized Islam or harassed Muslims following this attack.

Recently Lynch came out with a video that’s been interpreted as a call to paid Democrat agitators to oppose Trump with violent protests and bloodshed in our streets. As we saw abundantly during Obama’s presidency in places such as Ferguson, Baltimore, Milwaukee and more recently during pro-Trump rallies in Berkeley, California. Violence and bloodshed is a hallmark of these Left-Wing domestic terrorists. It’s part and parcel of their identity and modus operandi.

I’d be remiss too if I failed to mention the pitiful efforts of the political establishments media Pravdagandists in what I’m calling the Fake News Media (i.e., the FNM) as they desperately race and scramble around carrying water buckets for establishment Democrats and RINO’s, trying in vain to extinguish or at the very least dampen the wildfire of enthusiasm Trump has ignited across the nation. Calling their futile exertions in trying to subvert Trump pathetic still really doesn’t quite say it, but the American people see these imbeciles for the journalistic frauds they are. As the following article from The Daily Wire indicates: 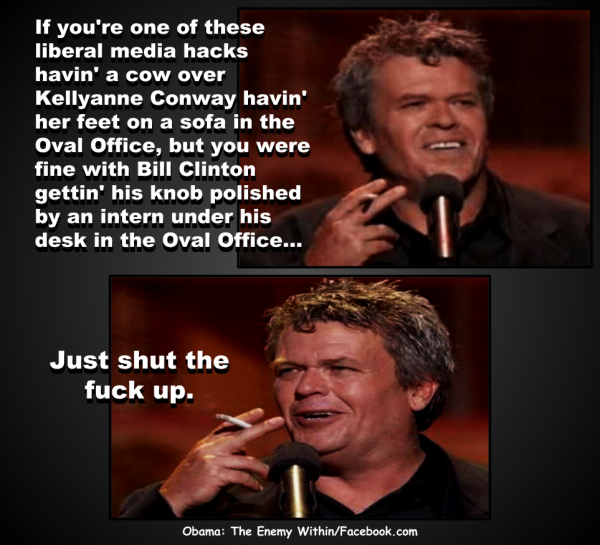 With Donald Trump’s election to the highest office of our land, the Left have been backed into a corner. They sense they’ve worn out their welcome and with their backs up against the wall they’ve finally shown the entire nation their true faces. No more pretense, charade or masquerades. Granted their repulsive countenance is really no surprise to those of us who’ve been paying attention, but it’s still a fascinating exhibition to witness. How we continue giving these seditious, parasitic enemies of the state such absurd credibility or legitimacy, much less an actual platform that didn’t also include a trap door to stand on that drops down with the flip of a lever is beyond me. 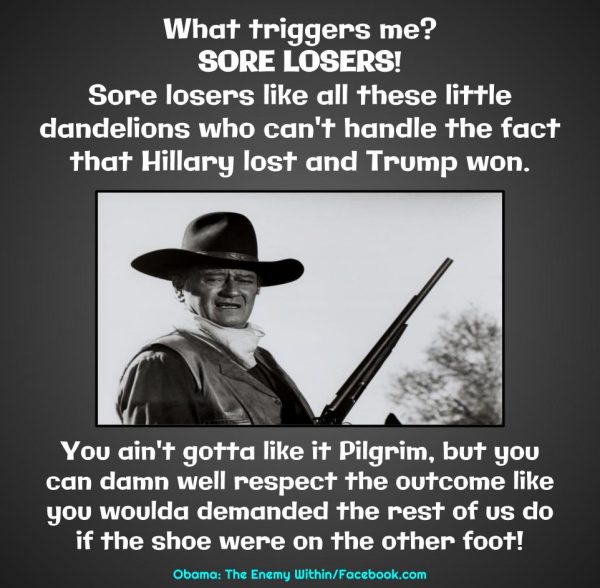 That’s why I say these zealots are like radical Islamist’s in their fashion. They’re single minded in their desire for total dominion and control of our country. They lust for it. Nothing less will satisfy these sadistic agents of perversion and depravity. Everything about their ideology ultimately culminates in ruin. They support infanticide in the womb and even now are trying to subtly normalize pedophilia.

Salon Reveals the Left’s Next Play,

I’ve written before about the decades and money these radicals have invested towards achieving the inroads into our culture they have and this reaction at having their ideology repudiated by the majority of the American people in this past election illustrates precisely what I warned their reaction would be.

Do you honestly believe the die hard members of the Left’s core faction will have any serious interest in coming together and finding common ground with those of us who they regard as the antithesis to everything these degenerates believe in and advocate for? 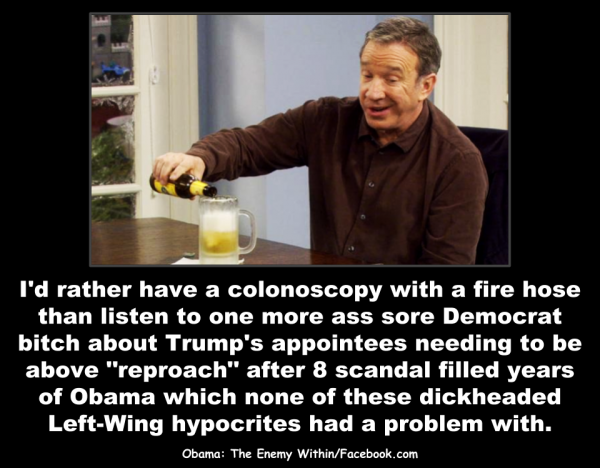 There will no coming together or finding common ground with these militant goons and there shouldn’t be. They’re nothing but domestic terrorists who have for too long posed a clear and present danger to our national security and have jeopardized our safety. To entertain any belief we can coexist with seditious agitators wholly dedicated to subverting our nation and warping our way of life is just delusional. Political correctness (another subversive tool crafted by the enemy) has obscured and dulled people’s senses to this harsh reality.

However you choose to interpret these events, the time is fast approaching when we no longer can afford to indulge these homegrown Jihadists. 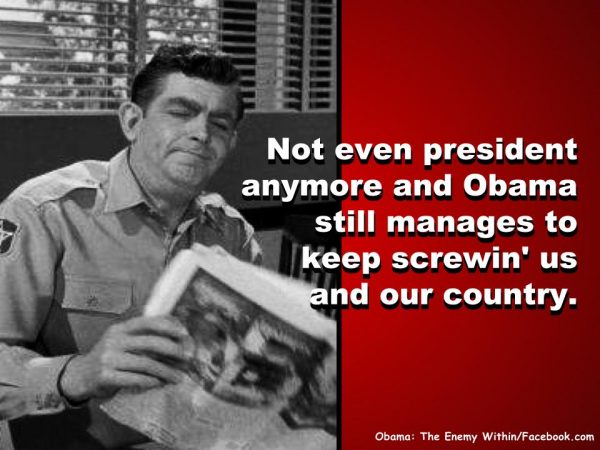 Like radical Islam, they will guarantee the necessity for their own destruction. 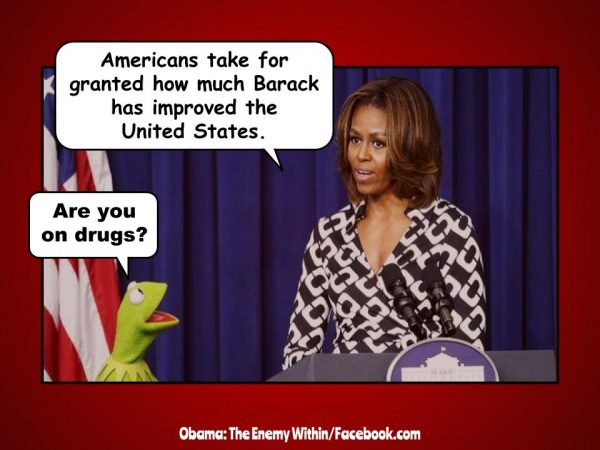