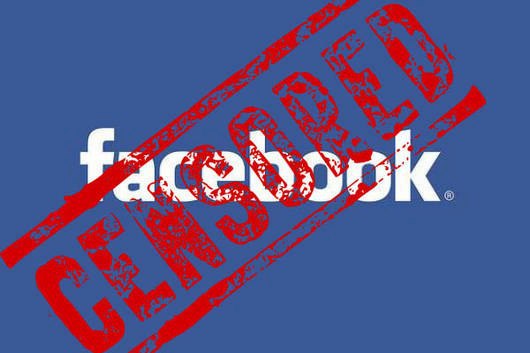 Facebook partners with Soros-backed groups to take down “disputed news”

(INTELLIHUB) — Facebook has quietly rolled out a new feature to combat so-called fake news, slapping a warning label on articles they claim have no basis in fact while, according to some in the alternative media, also holding back key articles that target the establishment.

The “disputed” tag will appear on articles that the left-leaning social media giant believes may be fake news, linking readers to “fact-checking” outlets who will in turn debunk the article.

“The “disputed” tag is part of Facebook’s grand plan to crack down on fake news as the company tries to tamp down the controversy over its role in the spread of misinformation that sharpened political divisions and inflamed discourse during and after the presidential election,” reported USA Today.

Shockingly, when the plans by Facebook were first announced in December it was revealed that they would be teaming up with a list of establishment media outlets, along with the Soros backed International Fact-Checking Network, (IFCN) to help them determine what is and isn’t fake news.

The Breitbart report also noted that another significant Poynter Institute donor continues to fund scores of liberal groups including those also backed by Soros money.

A little over a month after Facebook’s plans were first revealed, news broke that not only was Facebook working with Soros funded groups, they were also secretly working behind the scenes with liberal attack dog Media Matters in a scheme to target anti-establishment and pro-Trump content.

As I reported at the time, “The left-wing propagandist group Media Matters for America is secretly working behind the scenes with Facebook to combat so-called fake news, documents released by the Washington Free Beacon have revealed.”

“The progressive advocacy group told donors at a weekend retreat in Florida that it is in discussion with Facebook leadership over how best to fight fake news and propaganda, according to a briefing book obtained at the high level event.”

Keep in mind the fact that Media Matters has and continues to use its influence to directly shape mainstream media coverage of crucial political news in the United States. This was very clearly detailed by former CBS reporter Sharyl Attkisson in an interview with Fox News.

Considering what we know about the Facebook “disputed” news tag and its connections to hard-left outlets that openly want to censor the alternative media, one could reasonably expect that major independent news outlets will soon be targeted.

Unfortunately, this is already apparently happening, with Infowars Alex Jones revealing in a breaking news update that articles on both his popular websites have been banned from being shared from certain accounts held by his reporters, including recent articles about the stunning revelations contained in the Wikileaks Vault 7 release.

If this is true, and we have absolutely no reason to not believe these reports, we are now seeing the direct attack on alternative media that many have long feared.