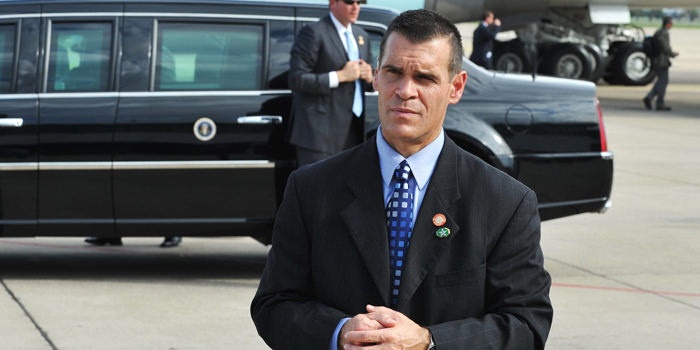 President Obama’s former bodyguard, Secret Service Agent Dan Bongino, is breaking his silence about his former Commander-in-Chief. Bongino is promising to tell everything he knows about the Obama wire-tapping, which Trump tweeted took place, an allegation for which the mainstream media is actively mocking the current president. One example of possible mainstream media bias surrounding the wiretap claim comes from CNN, which ran a story titled “Donald Trump’s baseless wiretap claim.”

Regardless of how one feels about the current president and the tyrannical moves that he’s made, the following information exposes a massive propaganda campaign that affects all Americans.

Bongino (AKA The Renegade Republican) tweeted, “The NY Times on January 19, 2017: The WH knows about wiretaps. The NY Times today: The wiretaps are conservative conspiracy theories.”

The NY Times on January 19, 2017: The WH knows about wiretaps.
The NY Times today: The wiretaps are conservative conspiracy theories. pic.twitter.com/mtE7LkIl8q

He pointed to the Times article, quoting it as having reported that “intelligence reports” of “wiretapped communications had been provided to the White House.”

Trump was inaugurated on the 20th, so the wiretapping report would have been provided to the Obama White House, who presumably would have evaluated the wiretapping transcripts. The former executive bodyguard seems perplexed at the mainstream media’s attempt to characterize Trump as some sort of raving madman, when the Times originally ran the story suggesting the Obama administration was, indeed, in the business of listening in on private conversations.

In a video broadcast on Facebook, Obama’s former security detail accused the mainstream media of trying to have their cake and eat it, too. He said of the Obama administration, “These people are totally not credible on foreign security. And the people they have out there now on Twitter… trying to defend Barack Obama…are totally not credible.” He added, “trust me what I’m telling you is true.” He said the NY Times “be-clowned” itself today. Bongino stated the mainstream media wanted to push the narrative that Trump should be discredited because of his cozy relationship with Russia. “If you’re talking about a wiretap in Trump Tower, you’re a conservative cook and a conspiracy theorist. That’s their line now,” he said, stating the narrative has now changed in an attempt to make Trump look unstable. He says the mainstream media cannot have it both ways. They cannot run a story during the Obama administration which states Obama had transcripts of wiretaps, and then mock the current sitting president when he claims to have been wiretapped. Bongino says, “This is what the slimes want you to believe.”

“You understand why no one trusts these sleeze balls at the New York Times?” he asks. “If the New York Slimes [Times] admits it’s own January 19th story is accurate, and that their sourcing is correct, that the phones were in fact wiretapped. They said it themselves in their own piece, and that the White House knew about it, then Trump is right,” he said. “But if they then go to bash Trump and say all you people… are conspiracy theorists, including Trump and his tweet is wrong, then their reporter is an idiot, and the story is a lie and they’re going to have to retract it,” he emphatically concluded categorically denying the mainstream media’s implied narrative Trump is somehow making it all up.

Earlier in the day, on the Renegade Republican’s podcast, Bongino said the mainstream media’s coverage of Trump’s claim the Obama administration had his towers tapped, “media malpractice at it’s worst” and says it has gone way beyond media bias. “The White House (under Obama) had to know about this. There is no way the White House didn’t know about this. No way that a presidential campaign was being investigated, for criminal activity…,” he distinctly stated, revealing the level of knowledge to which the Obama administration was privy.

The former Secret Service agent, who’d served two administrations prior to the Obama administration, said Obama and his cabinet treated their executive position as a kid does with a new cap gun, who pulls the trigger and gets scared. He said their newfound power actually “got in their heads” and they became inebriated with the “near absolute power to do things and get a message out there.”

He also said the press are “not ethical people either” and they behave quite unethically, pointing to their behavior while traveling on Air Force One. Bongino, biting his tongue, in an apparent attempt to maintain secrecy he may still be held to, simply stated both the press and the administration behaved badly. “People are still loyal to Barack Obama, and not loyal to the USA, see Barack Obama as some president in exile and Trump is some kind of a fraudster who’s evil and has to be taken down,” he said pointing to his reasoning as to why the mainstream media is attacking Trump so fiercely.

#ObamaGate is going to blow wide-open this week

“Believe me, there are staffers listening to this who know exactly what I’m talking about,” he said. “There’s information out there about what Barack Obama did…that’s going to make them look bad…they figured that information would be buried…now that they lost, they’re in panic mode…that information is going to creep out (about what Obama did)…they have to get Trump out of there before this information comes out,” he said rather cryptically implying the big bombshells of scandal are yet to be uncovered.

“The real Russia scandal is the Democrats involvement with the Russians,” Bongino stated pointing to John Podesta’s involvement with Uranium One…and how Lanny Davis was working for a Russian oligarch and taking money associated with the Russian government. “In the end, this is going to be a devastating downfall for Barack Obama,” he concluded even implying his administration was actively involved in illegal activities.

As our readers are well aware, The Free Thought Project is apolitical, neither left-leaning, nor right-leaning, but rather, truth-leaning. It seems the facts in the story are starting to line up with Trump’s claims. Late-breaking news, as reported by The Hill, reveals the Secretary of the Department of Homeland Security says Trump possesses credible evidence the former president ordered the wire-tapping of his campaign headquarters.