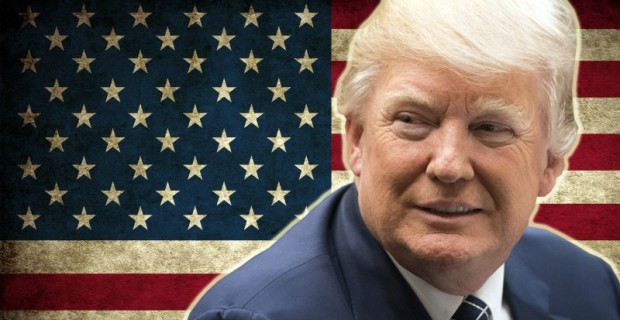 With Donald Trump approaching his first 50 days in office and with news that the U.S. has added 235,000 new jobs, it’s truly astounding to consider what Trump has achieved in just the short time he has been president.

– Trump is already beginning to fulfil his promise of being the best jobs president ever.

U.S. employers added jobs beyond expectations in both January (238,000) and February (235,000), with the unemployment rate falling to 4.7% and wages growing 2.8%. According to Bloomberg, America’s labor market is getting better “by any measure”.

– Trump has cut the U.S. debt burden by $68 billion dollars.

Since the day of his inauguration, Trump has wiped $68 billion off the national debt, which had ballooned to $19,947 billion under Obama.

– Manufacturing is at its most robust since 1984.

The Philly Fed Index, a survey of how well manufacturers are doing, hit its highest level since 1984.

– Small and medium businesses are confident about the future.

The NFIB Small Business Optimism Index is at its highest level since 2004. Economic confidence is surging.

The Dow closed above 20,000 for the first time ever days after Trump’s inauguration and hasn’t stopped rising since. The Dow has surged more than 2500 points since Trump was elected – a 12 per cent spike.

– Samsung is moving jobs back to the U.S. as a result of Trump’s election.

– Exxon moving jobs back to the U.S. as a result of Trump’s election.

Exxon will spend $20 billion over 10 years on 11 plants along the Gulf Coast, creating a whopping 45,000 jobs for American workers.

Fiat Chrysler is set to invest $1 billion in two factories in Toledo and Detroit, an expansion that will create 2,000 jobs.

– Hasbro is to start making play-doh in the U.S. again.

U.S. Hasbro, Inc. is returning to the U.S. and will make the beloved children’s modeling clay in a Massachusetts factory rather than in China or Turkey.

Obama tried to bankrupt the coal industry, Trump is revitalizing it.

This would have handed yet more power over to unelected globalists, creating a global regulatory structure detrimental to all Americans.

– Illegal immigration from Mexico is down 40 per cent in Trump’s first month.

Border crossings have already dropped by 40 per cent, according to the DHS as Trump moves forward with his campaign promise to build a wall.

Trump has ordered the DOJ and Homeland Security to withhold federal funds from cities that harbor criminal illegal aliens.

– Trump began the repeal and replacement of Obamacare.

Although Speaker Ryan’s Obamacare replacement is being rightly condemned, Trump has at least set in motion the repeal of this disastrous policy which has seen premiums skyrocket and choice diminished.

Gorsuch is a strict constitutionalist and will defend fundamental freedoms, protecting Americans from the scourge of judicial activism.

– Trump approved the Dakota Access Pipeline and the Keystone Pipeline.

The long awaited approval of these projects will create jobs and reduce gas prices for all Americans.

American taxpayers are no longer paying for babies to be aborted by international non-governmental agencies.

The president ordered the DOJ to “withdraw a motion filed by former President Barack Obama seeking to allow transgender students in public schools to use the restroom with which they identify.”

Trump and his team have accomplished all of this in just under 50 days, despite the best efforts of the Democrats and the deep state to sabotage his embryonic administration at every stage.

This list would be a phenomenal achievement for a president who is entering office with momentum, political capital and fair media treatment, but Trump has accomplished it all even in the face of total resistance, sabotage and dirty tricks from the left and the establishment media.