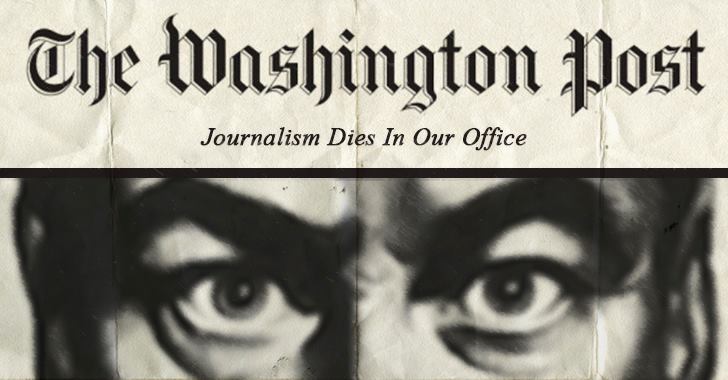 “Next time you’re at Costco, you can pick up a jumbo bag of Cheetos and a copy of ‘1984.’ Doubleplus good!”

That’s how the Washington Post opened its quick little entry on Wednesday. Continuing, Ron Charles, editor of Book World for the Post, wrote:

“The discount store is now stocking Orwell’s classic novel along with its usual selection of current bestsellers.”

If the significance of the fact that a dystopian masterwork can now be purchased alongside a three-ton bag of cheese puffs instantly strikes you, it should. Strangely, though, Charles and the Post don’t seem to see it.

In fact, it seemed to be a joke to them. The entry closed in the manner it opened. With humor:

“Appropriately, Costco is offering a reprint of the 2003 edition of ‘1984,’ which has a forward by Thomas Pynchon. That reclusive satirist must love the idea of hawking Orwell’s dystopian novel alongside towers of discounted toilet paper and radial tires. SHOPPING IS SAVING.”

In the one and only instance Charles even approached something that could be considered commentary, he linked the surge in the book’s sales to “alternative” news items:

“Last month, amid talk of ‘alternative facts’ from the Trump administration, Signet Classics announced that it had reprinted 500,000 copies, about twice the novel’s total sales in 2016.”

Note Charles was certain to use the word “alternative” when mentioning Trump. Why? Very clearly, “fake news” is the man’s go-to phrase when speaking of the media. So why go with “alternative” instead? Hell, the Post itself was the driving force behind the “fake news” frenzy in the first place.

I could go on about how this is the Washington Post, corporate media juggernaut, attempting, rather pathetically, to poison the notion of “alternative” in the minds of its readers — or, I should say, what’s left of them — but that’s not really what this is about.

What it’s really about is journalism. The fact that “1984” is being sold at Costco, the fact that demand for the classic tale has skyrocketed, is significant. It’s societal. And journalists are supposed to write about things like that.

And what does the Post do? They make a joke of it.

This is an organization that, as recently as January, has been busted publishing false news stories. You would think that with its credibility among a growing division of society hanging on by a thread — at best — the Post would turn an event like this into social commentary. This was an opportunity to speak about a changing world.

Let it sink in, friends. George Orwell’s “1984,” a dystopian tale about a society being crushed under the boot of authoritarian regime,  is, once again, flying off bookshelves. To the extent that you can now get it at Costco. Let the significance of that truly dig in deep.

Meanwhile, the Washington Post is talking about Cheetos and toilet paper.