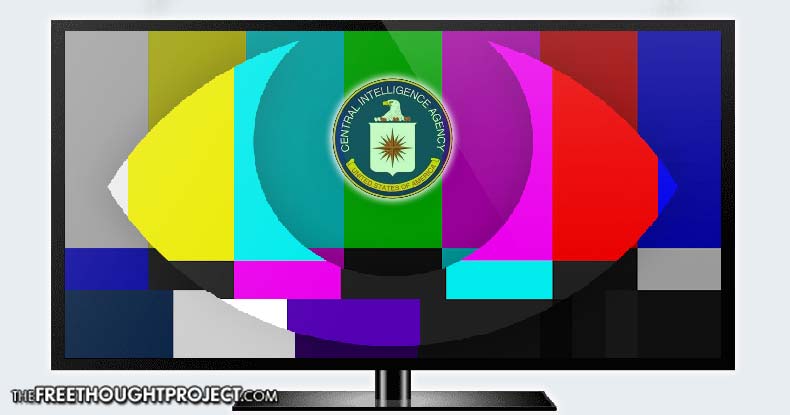 Earlier this week, WikiLeaks released what it claims to be the largest ever release of confidential documents on the CIA. This dump is the apparent motherlode, which the transparency organization allegedly obtained from the CIA’s Center for Cyber Intelligence in Langley. It involves a massive cache of data ranging from the years 2013-2016, and details insidious CIA hacking and spying practices — including the practice of listening to you through your TV.

This most ominous technique, profiled by WikiLeaks in Vault 7, aptly named “Weeping Angel” (a Doctor Who reference), was developed by the CIA’s Embedded Devices Branch (EDB). It is a cyber weapon that infests smart TV’s and transforms them into microphones.

As WikiLeaks reports, after infestation, Weeping Angel places the target TV in a ‘Fake-Off’ mode, so that the owner falsely believes the TV is off when it is on. In ‘Fake-Off’ mode the TV operates as a bug, recording conversations in the room and sending them over the Internet to a covert CIA server.

As Claire Bernish writes, for years, cybersecurity and technology experts, as well as privacy and rights advocates, have admonished the public to beware the convenience proffered by devices linked to the Internet of Things — described by Jacob Morgan in Fortune as “the concept of basically connecting any device with an on and off switch to the Internet (and/or to each other). This includes everything from cellphones, coffee makers, washing machines, headphones, lamps, wearable devices and almost anything else you can think of. This also applies to components of machines, for example a jet engine of an airplane or the drill of an oil rig.”

There is good news, however. You can tell if your TV is spying on you.

Unless you are a known operative or dabble in any business the CIA finds of interest — ahem — like running cocaine, it is not particularly likely they are listening to you through your TV. That being said, however — because of the CIA’s irresponsible methods in developing this technology — hackers could very easily employ this exact method.

Thanks to the great minds at Wired.com, we now know how to check for this hack — even if it’s unlikely — just for peace of mind.

In Fake Off mode, the screen appears off and the LEDs on the front of the set change color and dim, as you’d expect if you’d turned off your TV. Yet the TV remains powered and capable of recording conversations. Want to know if Big Brother is listening in? Look at the back of your set. The blue LED back there should be off. It remains illuminated in Fake Off mode, according to the documents WikiLeaks released.

It is possible the CIA has updated Fake Off mode to address the telltale LED, and it’s possible Samsung changed the LED on subsequent models. But the company acknowledged in 2015 that hackers could compromise the voice-control feature in some sets, and it took steps at the time to patch the problem.

Since it is possible that the CIA may have updated its unscrupulous tactics, there is a sure-fire way to make sure your TV is not spying on you. Coincidentally, it also happens to be a very healthy practice — unplug the damned thing — go on a walk, go camping, go canoeing, go outside to detach yourself from this digital world and feel human again.