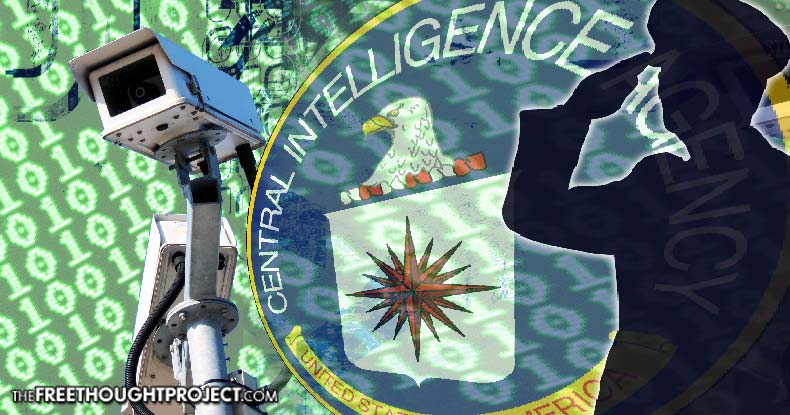 Democratic Congressman Dennis Kucinich recently published a searing critique of the federal government’s spying powers in light of Wikileaks data releases that allege various vulnerabilities inside the CIA, as well as the agency’s capabilities to pursue surveillance of Americans with impunity. For a great number of years, Kucinich has stressed the importance of privacy and the consequences of federal overreach and was one of relatively few in Congress to stand up against legislation including the Patriot Act that has led to widespread spying with scarce oversight.

“If Tuesday’s WikiLeaks document dump is authentic, as it appears to be, then the agency left open electronic gateways that make all Americans vulnerable to spying, eavesdropping and technological manipulation that could bring genuine harm,” Kucinich wrote.

“It is bad enough that the government spies on its own people. It is equally bad that the CIA, through its incompetence, has opened the cyberdoor to anyone with the technological skills and connections to spy on anyone else,” he said.

“The constant erosion of privacy at the hands of the government and corporations has annihilated the concept of a “right to privacy,” which is embedded in the rationale of the First, Third, Fourth, Ninth and Fourteenth Amendments to the U.S. Constitution.

“It is becoming increasingly clear that we are sliding down the slippery slope toward totalitarianism, where private lives do not exist.”

Kucinich went on to warn that “We have crossed the threshold of a cowardly new world, and it’s time we tell the government and the corporations who have intruded to stop it.”

Unfortunately, voices of dissent such as Kucinich are much harder to find than reports that gloss over or dismiss the revelations shared by Wikileaks. In the wake of last week’s Wikileaks bombshell unveiling of “Vault 7” – the leak of an expansive and unsettling collection of documents that detail just how intrusive the CIA has become – the mainstream media’s collective reaction has been nearly as telling as the documents themselves. Rather than providing an objective look at the data within the leak itself, a number of major news outlets have predictably opted to echo one another and focus instead almost entirely on their distaste for Wikileaks and its founder, Julian Assange.

A plethora of popular news articles over the last few days show passive yet unified rejection of the information’s legitimacy. The Washington Post wasted little time in attempting to minimize Wikileaks’ credibility, as well as questioning whether the Vault 7 leak has Russian ties. The Post claimed the release of documents “shifts the narrative away from the hacking of the DNC and Russia’s relationship with Trump” and suggesting that people should “consider where the information came from and the lack of credibility WikiLeaks has as a news source.” NBC’s Today similarly indicated a potential connection between Russia and the documents, although posed as a question.

However, as we’ve pointed out in the past, WikiLeaks has never released anything that was not entirely genuine and verifiable.

Fortune summarized the leak as a collection of “misinformation” and accused Wikileaks of serving as “a well-oiled machine of information warfare, sowing panic, fear, and paranoia among the populace.”A Forbes article, titled “WikiLeaks Vault 7 CIA Dump Offers Nothing But Old News,” seeks to reassure the reader that “the overwhelming majority of us aren’t likely to be targeted by the CIA.”

A Foreign Policy post, titled “Wikileaks Has Joined the Trump Administration,” described Wikileaks as an “anti-American group” that “has become the preferred intelligence service for a conspiracy-addled White House.” This article centered around a possible Trump-Wikileaks kinship, noting that the president may be keeping quiet about the Vault 7 leaks because he could “benefit from” them.

However, beneath the surface of Vault 7 reports that seek to obfuscate the data, summaries, and analyses that expose the CIA’s troubling hacking capabilities are able to be found and are vital to bringing these disconcerting but crucial topics to light.

The Independent published a straightforward explanation of the Vault 7 leak as well as steps that can be taken to protect some personal data. The article also points out how Apple’s response to the leaks serve as an admission of sorts regarding vulnerabilities exploited by the CIA: “While our initial analysis indicates that many of the issues leaked today were already patched in the latest iOS, we will continue work to rapidly address any identified vulnerabilities.”

In addition, Edward Snowden publicly recognized the authenticity and implications of the information released through Vault 7. “Evidence mounts showing CIA & FBI knew about catastrophic weaknesses in the most-used smartphones in America, but kept them open — to spy,” he noted in one tweet. In another, he declared that the leaks are “first public evidence USG secretly paying to keep US software unsafe.”

It’s important to note that Wikileaks dumped a massive amount of data at once in its Vault 7 release, and proper, thorough analysis of this information is critical. When troves of documents are unleashed so quickly, it is possible for some parts of information to be initially overstated or misunderstood. But for the media to uniformly proclaim that all is settled- that the leaks are nothing but old news, insignificant bits of data not worthy of concern, or a nefarious disinformation campaign- is a disservice to the public.