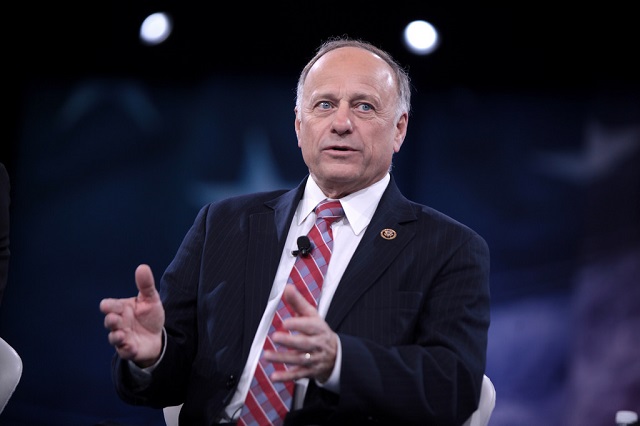 Republican Congressman Steve King triggered a firestorm Sunday on Twitter after expressing support for leading Dutch candidate Geert Wilders, a fierce critic of the Islamization of the West.

“Wilders understands that culture and demographics are our destiny,” King said. “We can’t restore our civilization with somebody else’s babies.”

Wilders understands that culture and demographics are our destiny. We can't restore our civilization with somebody else's babies. https://t.co/4nxLipafWO

King posted the comments in response to a tweet from the right-wing Voice of Europe twitter account discussing the Turkish riots in the Netherlands on Sunday: “Hundreds of Islamists shouting ‘Allahu Akbar’ in Rotterdam, the Netherlands. Wilders is right for over 10 years.”

The outrage police responded with outrage:

Other than saying “wow, just wow,” no one could actually argue against his point. It’s a lot easier to just say “wow, racist!” rather than say “those Turks out rioting and waving Turkish flags are going to help The Netherlands conquer outer space!”

King triggered similar outrage last year for defending white people’s contributions to civilization and saying: “The idea of multiculturalism, that every culture is equal — that’s not objectively true. We’ve been fed that information for the past 25 years, and we’re not going to become a greater nation if we continue to do that.”

If these foreigners from the Third-World were the vanguards of civilization, then why aren’t our border towns the most civilized in the country? Better yet, why isn’t Mexico and El Salvador more civilized than America? Why isn’t Turkey more civilized than The Netherlands?

Our countries should be becoming more civilized as the number of people from these countries continue to grow, instead the opposite is happening. You used to be able to leave your doors unlocked all across America, yet these days 76-year-old women are getting carjacked by Latino gang-members for simply driving through Albuquerque.